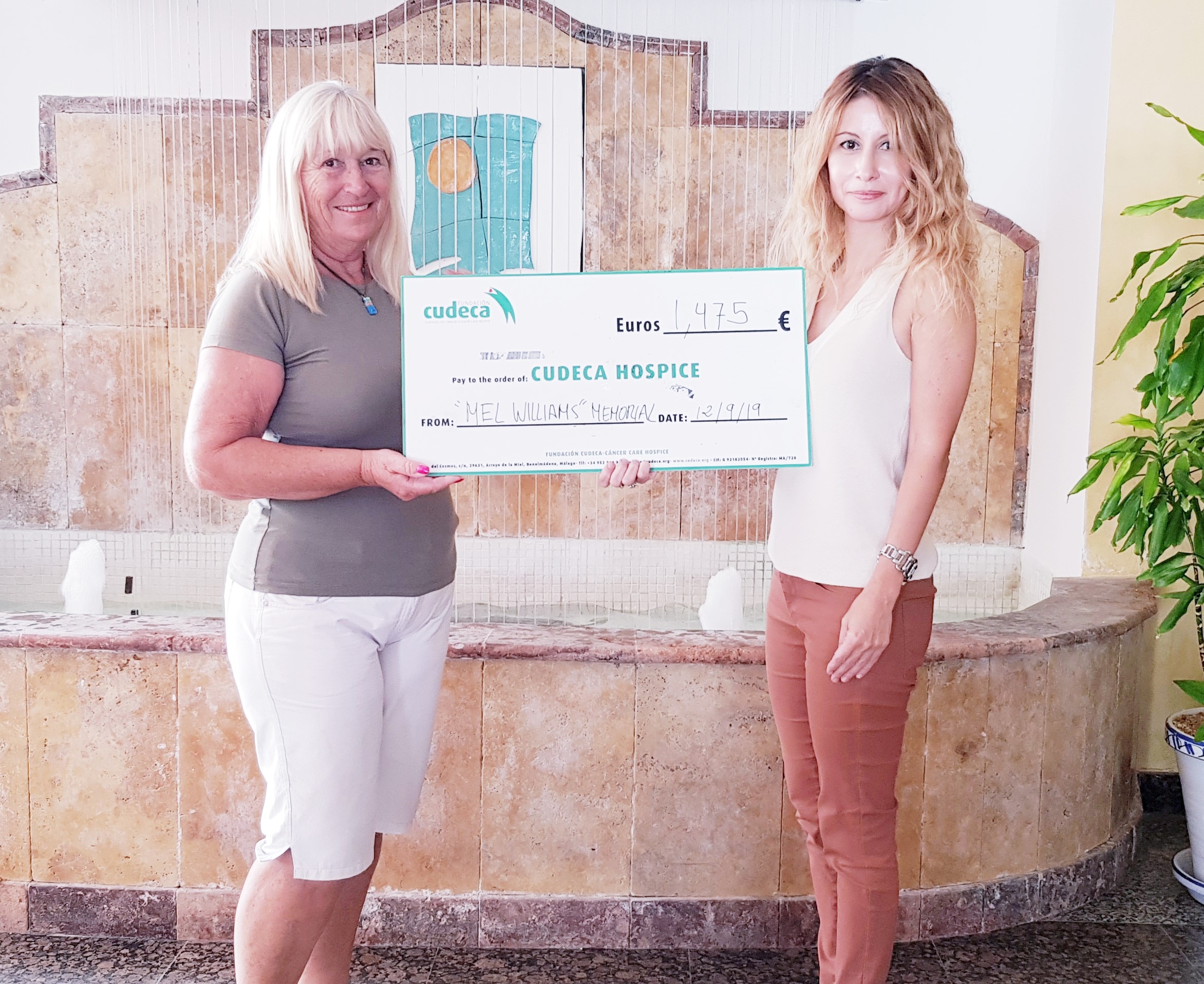 On Saturday 31st August, a great number of people gathered in the magical Parque Torre Leonera in Benahavis to enjoy the “Picnic in the Park” Charity Concert, in Memorial of “Mel Williams”, raising 1,475€ for the Cudeca Cancer Care Hospice.    Everyone arrived to the Park with their picnics and tributes from friends and family who could not attend were shown on a large screen. These all proved their love and friendship for Mel, who always supported Cudeca Cancer Care Hospice, in their video clips. These included Lesley Harrison, Alicia Jane, who were Mel´s much loved Rock Pack Girls, Jason Lines, John Mines, (two of Mel´s son´s) and extremely close family friends. There was even a recent video of Mel himself, before his passing and a very emotional tribute was sung by Mel´s granddaughter.   “Mel was a friend to so many and he gave to so many of us here on the Costa del Sol and beyond, as such a great entertainer and song writer but most of all a much loved human being” commented Lynn Fisher, organizer and friend of Mel Williams.   It was a wonderful evening of being taken down memory lane and thanks to the generosity of everyone who attended the concert, the evening turned to be such a success at raising Funds which were shared equally between Cudeca Hospice and Hogar Betania.   All the proceeds raised will go entirely to cover the cost of the professional medical care offered to patients suffering from cancer and other advanced illnesses, as well as support to their families, all of which Cudeca gives completely free of charge.     The Cudeca Hospice would like to deeply thank Lynn Fisher for organising this concert in a totally altruistic and supportive manner with the sole aim of raising funds to support the charity.