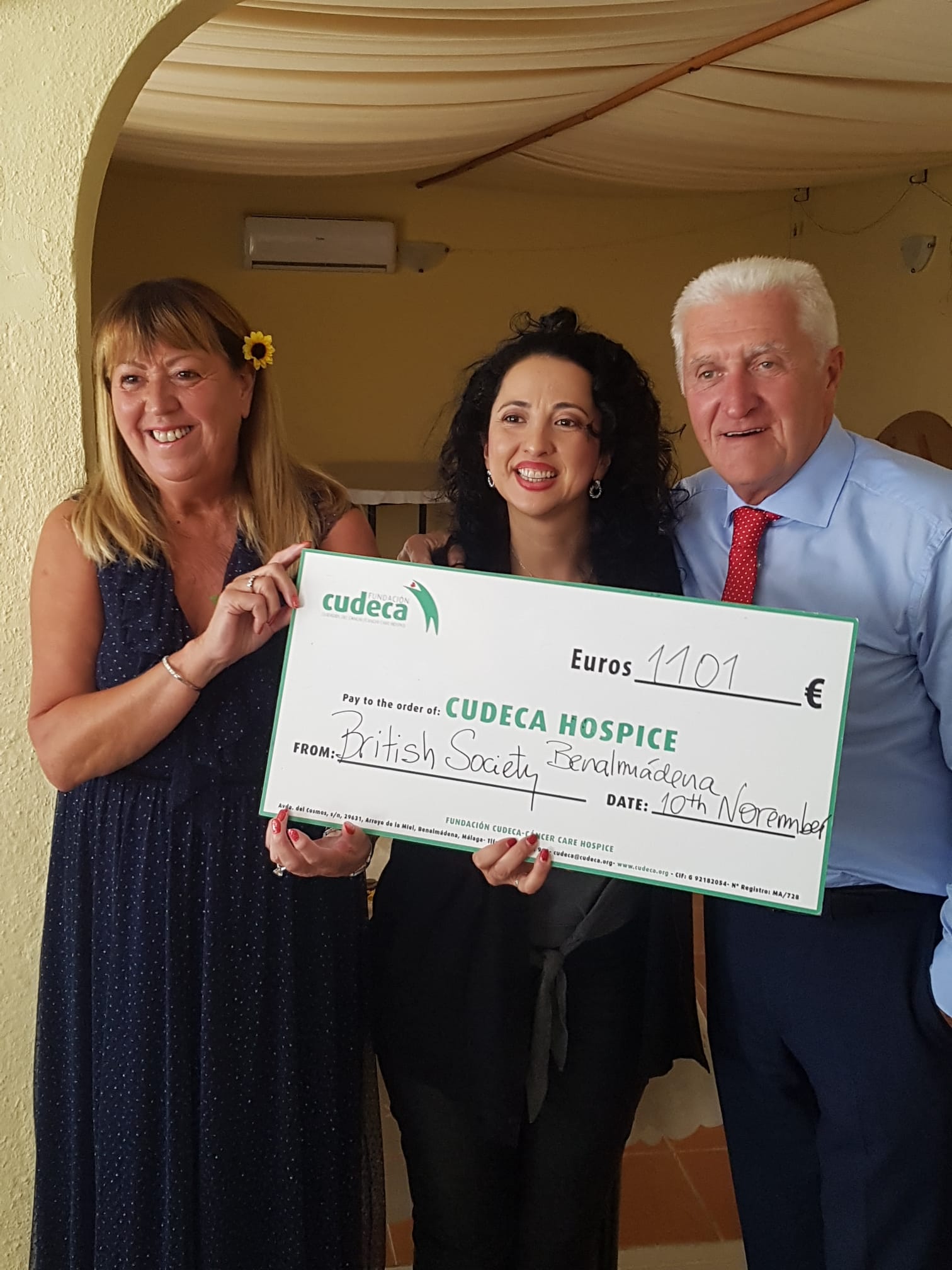 On November 10th, the British Society held their monthly Sunday lunch after collecting donations since June, in memory of two members who passed away this year aided by Cudeca Hospice. They had a giant wine bottle in which they have collected the wonderful total amount of 1.101€. Natalia Aparicio Lombardo was there on behalf of Cudeca at the opening of the bottle and to receive the cheque from club president John Kelly and his wife Marijana. On behalf of Joan Hunt OBE, Honorary President and Founder of Cudeca Hospice, the medical team, our patients and their families, we sincerely thank the continuous support from the British Society of Benalmádena Pueblo.