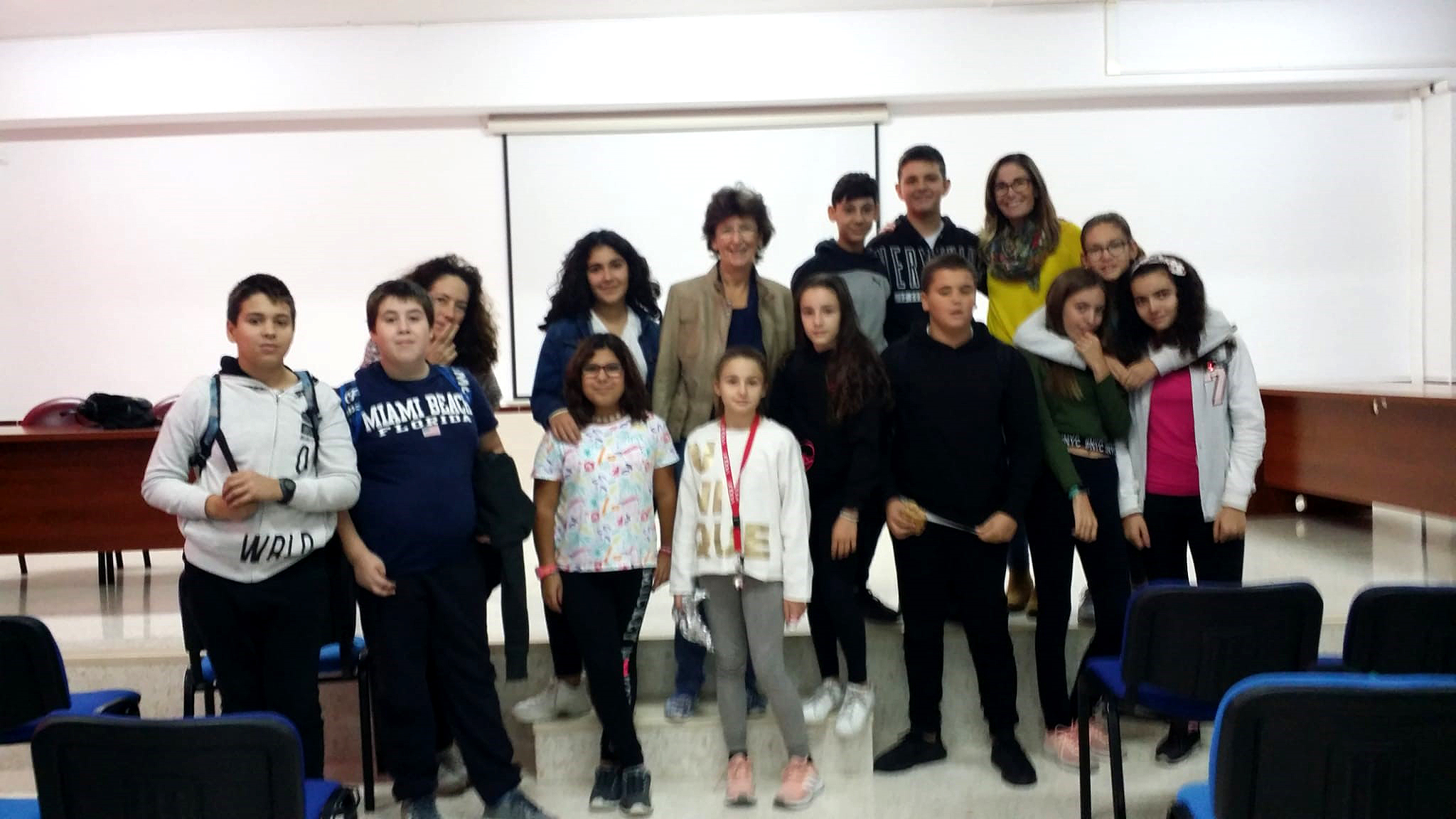 On Monday 11th November, the students of 1st and 2nd of ESO from IES Cerro del Viento, gave to Cudeca Cancer Care hospice, the funds raised from selling the cakes that they cooked themselves and sold at the Halloween Party in the School Centre. At the event, were the Vice President of Cudeca, Susan Hannam and Ana Suarez, bilingual coordinator from the IES Cerro del Viento. In total 253,02€ was raised which will be entirely for Cudeca´s  professional and free medical care, which is offered, every year, to more than 1.400 people with cancer and other advanced illnesses, as well as offering support to their families. All of which is given free of charge. Cudeca thanks the gesture and solidarity of students from 1st and 2nd ESO and also the ones that together with their parents collaborated at the event, purchasing the cakes made by their school mates. The students hope to continue helping CUDECA next year by repeating this charity initiative once again.