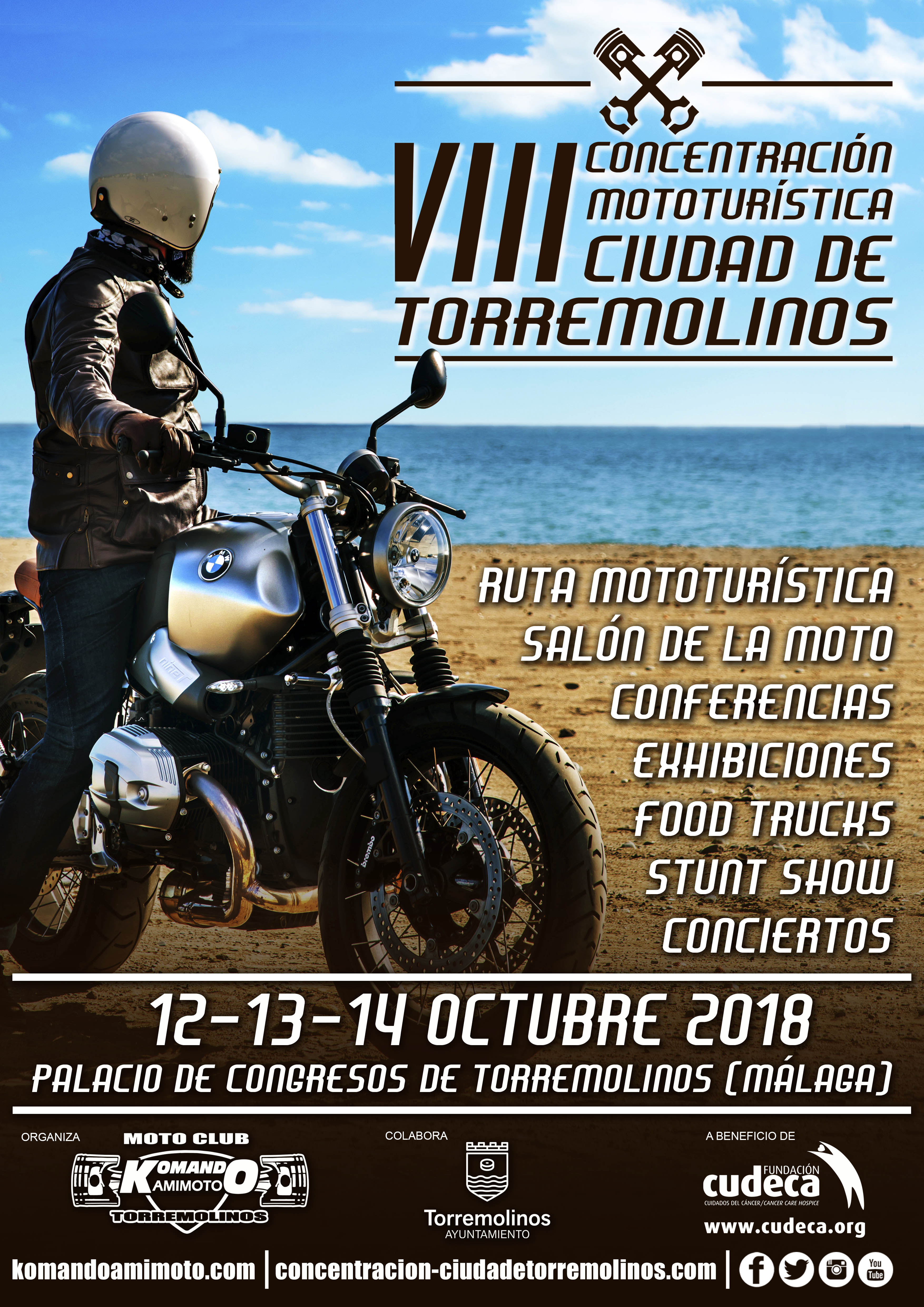 The 'VIII City of Torremolinos Mototuristic Concentration' celebration will be held over October 12-14 at the Palacio de Congresos de Torremolinos to raise fundsto help us. The organizer of the event is the Moto Club Komando Amimoto in association with the municipality of Torremolinos.   In the first decade of the 21st century a small group of fanatical motorcycling friends, with many kilometers behind them, began to organize small biker outings through the province of Málaga and Andalusia.. Their passion for two wheeled transport caught on little by little and more and more riders took part. One day, the group decided on a name that would identify them and they called themselves 'Komando Amimoto' - "The Friends of the Motorcycles of Torremolinos".   In 2011 a milestone of the motoclub was achieved with the celebration of the first City of Torremolinos Mototuristic Concentration. It was a modest event aimed at bikers from the province of Málaga and brought together more than 1000 bikers. After six gatherings, it  has become one of the main biker events in southern Europe, bringing together for a weekend more than 15,000 people from all over Spain who love motorcycles.   This new celebration will feature performances, food trucks, motorcycling routes, exhibitions and much more. Tickets to the event will be on sale soon. The Foundation appreciates the gesture of the organizers for supporting CUDECA by raising funds so that CUDECA can continue to offer their special way of caring. All funds raised will be used to cover the professional and healthcare costs that the Foundation offers to people with cancer and other diseases in advanced stages. Each year, more than 1,400 people need our professional and free care.   Since 1992, we have managed to serve more than 14,000 patients in the province of Málaga thanks to the help of the entire community of Málaga. Cudeca needs the support of the community to cover the cost of care, amounting to more than 4 million euros. Partners, events, charity shops, donations, bequests, subsidies and the agreement with the Junta de Andalucía are essential for the sustainability of the Assistance Programs. All the services we offer are completely free.