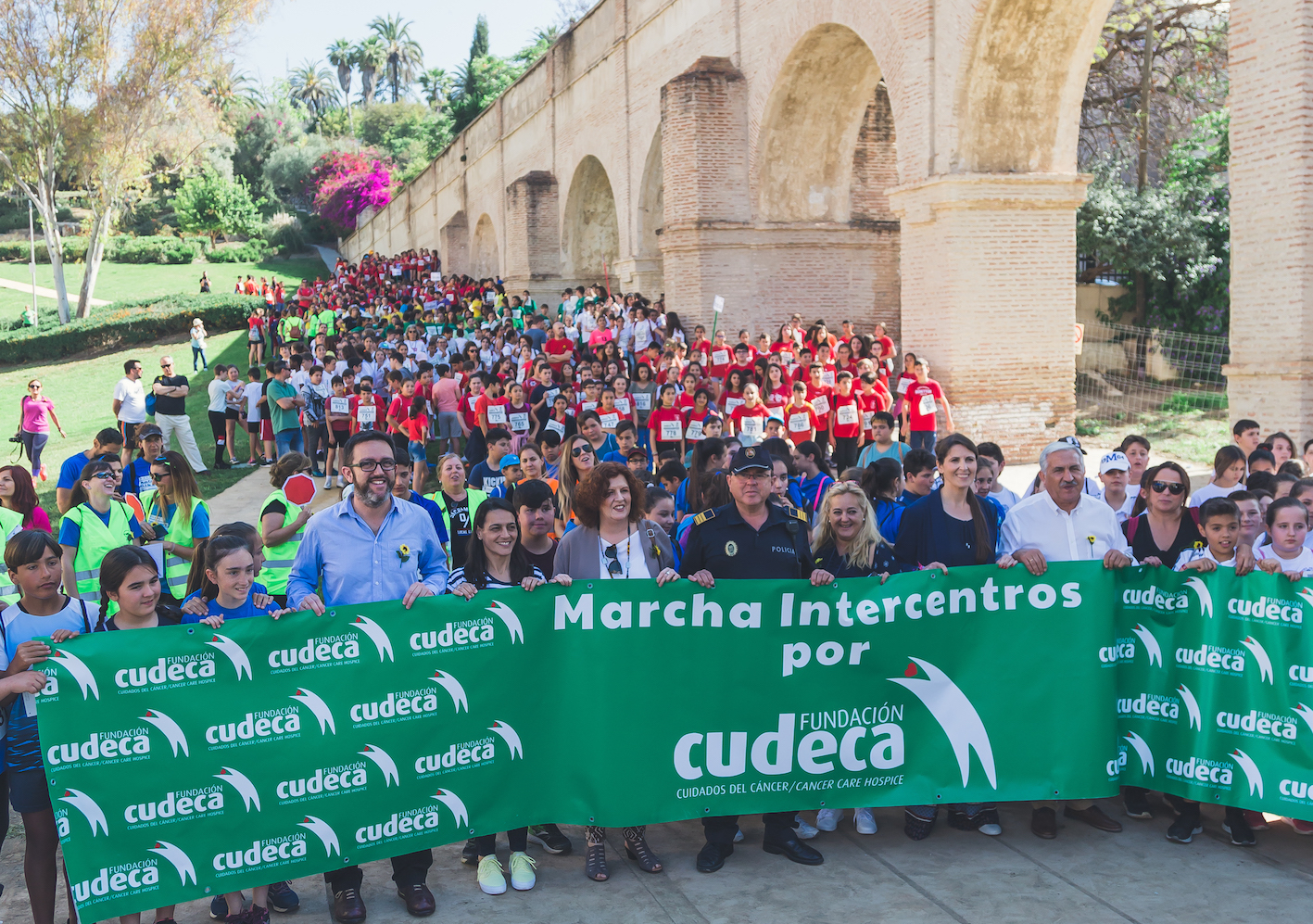 Yesterday May 7 was held the VII March Intercenters in aid of CUDECA, for the seventh consecutive year, this initiative of schoolchildren aged between 10 and 13 years belonging to the schools Rafael Alberti, Blas Infante, Rosa de Gálvez, Angel Ganivet, Sagrada Familia, Alegría de la Huerta, Colegio Nuestra Señora del Pilar, Colegio Montserrat, Benito Pérez Galdós, IES Ciudad Jardín and Salvador Rueda. This action in favor of the Cudeca Foundation of Malaga which involves the commitment of solidarity of the district and schools in the area, has been another year the implementation of the values of solidarity and teachings received by students in their classes throughout the school year. The Ciudad Jardín district and the Malaga City Council Sports Area together with some companies from Malaga (Urban Dance District, Quirón Salud, Lorena Café, Carrefour Alameda ) have collaborated in the celebration, organised by the public school Rafael Alberti. The march in which nearly 900 schoolchildren from up to nine schools in district number 3 of Malaga have participated has had the presence of the Delegate of education Mercedes Garcia Paine, the Councillor District Board No. 3 José del Rio, the Director of the area, Julia Guzman Martin and the Sports Technician Pepe Bueno, on behalf of the Cudeca Foundation attended the manager and medical director Marisa Martin Roselló, the home care doctor Alvaro Deblas and nurse Rosa Cazorla, an important part in the creation of the event at its inception. The march started as every year at 11.00 a.m. from the San Telmo Aqueduct and ended in the park of La Alegría touring the garden city. At its conclusion, the Cudeca team was given the cheque valued at 4,184 euros, which is the amount collected a few days ago in the different schools of Ciudad Jardín and which has been donated entirely to support the work of the Foundation. The foundation would like to thank all participants, organizers, sponsors and collaborators for this gesture of solidarity and thanks to it can continue their work.