Successful Summer Dreams in Gibralfaro for the benefit of Cudeca. 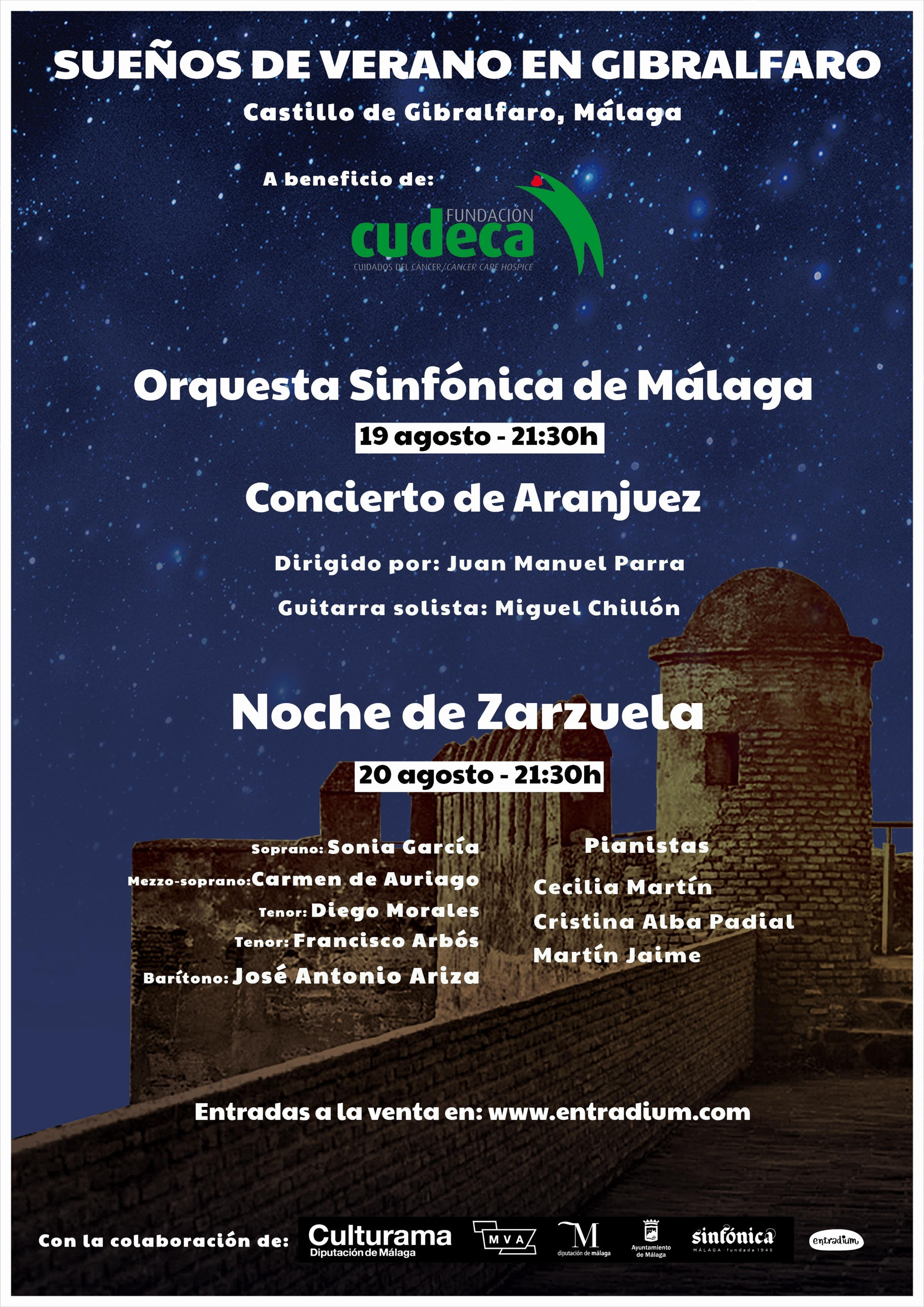 On the 19th and 20th of August two concerts took place in the Gibralfaro Castle in aid of Cudeca, under the title "Summer Dreams at Gibralfaro". On the 19th it was the Orquesta Sinfónica de Málaga conducted by Juan Manuel Parra and with Miguel Chillón as soloist who performed the Concierto de Aranjuez by Maestro Rodrigo on a night illuminated by an almost full moon and with all the seats sold out, plus the surprise given to the audience by the dancer Irene Morales who started the night from the stalls with a solo of castanets by seguirilla and bulerias. The following day it was Malaga's opera that conquered the Gibralfaro Castle with soprano Sonia García, mezzo-soprano Carmen de Auriago, tenors Diego Morales and Francisco Arbós, baritone José Antonio Ariza and pianists Cecilia Martín, Cristina Alba Padial and Martín Jaime, all of them in solidarity with a zarzuela repertoire that got the whole audience off their seats, achieving with this second sold-out night a collection of almost 14,000 euros. Marisa Martín, manager and medical director of the Foundation expressed on both nights the needs that the Foundation has in recent times and recalled the recent death of the founder and honorary president Joan Hunt, reminding the audience of the work that she has left us entrusted to maintain the care that the Foundation offers free of charge to people at the end of life in the province of Malaga. These concerts have been made possible thanks to the Provincial Council of Malaga, the Culture Area of Malaga City Council, the support of our volunteers and the generosity of Malaga companies.