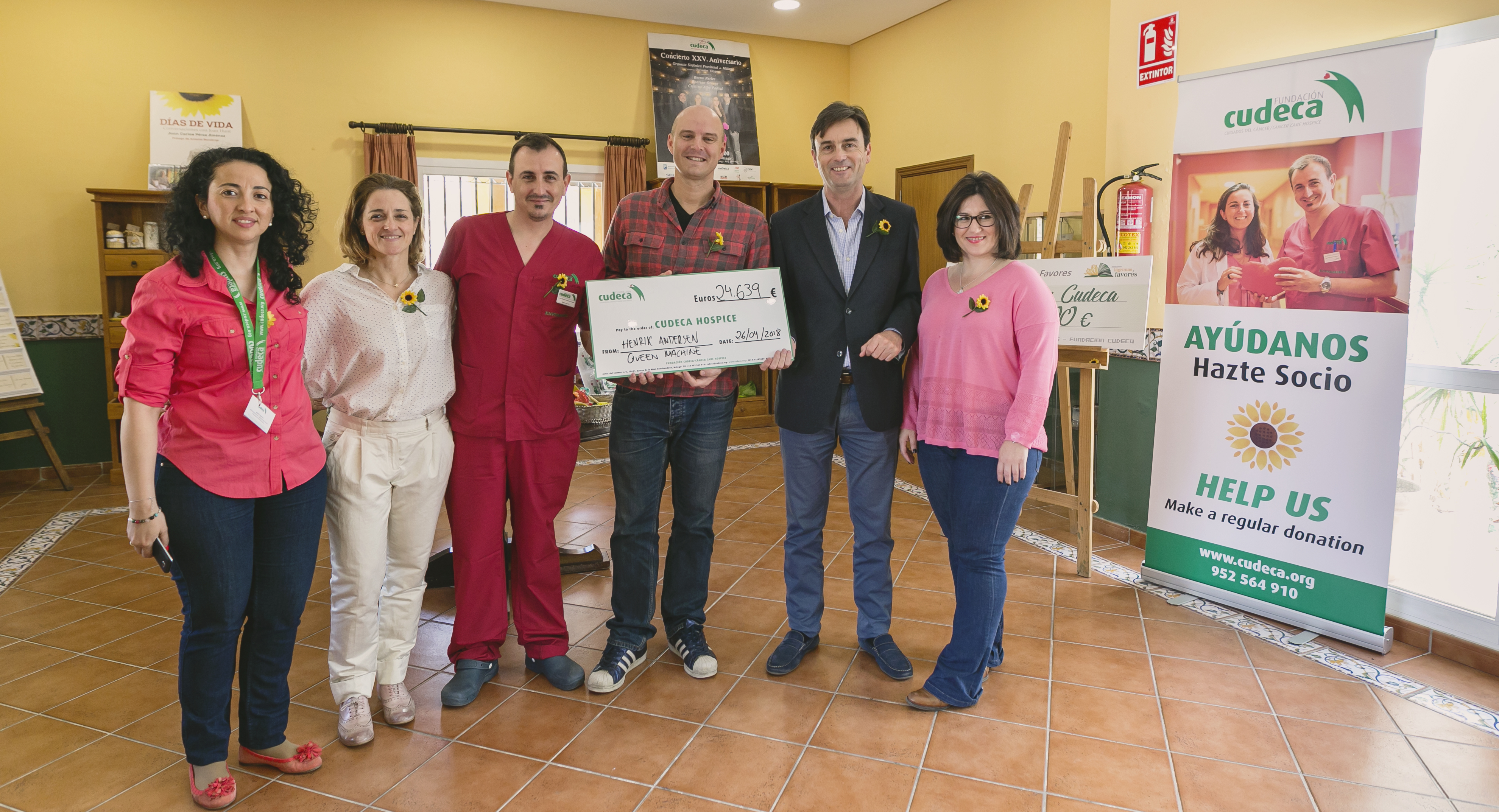 Earlier this year, on April 21st the ancient walls of Sohail Castle reverberated to the fabulous sound of Queen Machine, Europe's top Queen tribute act, in a concert for Cudeca, organized by local promotor Henrik Andersen, who had organized a previous concert for the Foundation in 2016. Henrik recently visited the Cudeca Centre to hand us the funds raised, which came to an incredible 24,639.38 euros thanks to his support, and the companies that collaborated. This money will go towards Cudeca’s Care Programmes which attend more than 1,400 patients each year within the province of Malaga. Between this year’s concert and the ABBA Tribute Concert in 2016 which raised 19,771 euros, Henrik has collected 44,411,38 euros for Cudeca Hospice. We would like to give our heartfelt thanks not only to Henrik but also to Fuengirola Town Hall, to the companies that sponsored the event, to the public who assisted, to the event workers, to the volunteers and everyone who made this concert possible.  Queen Machine’s memorable music and performance will stay with us for a very long time.