Presentation “Joan Hunt one in a million” to associations in Malaga 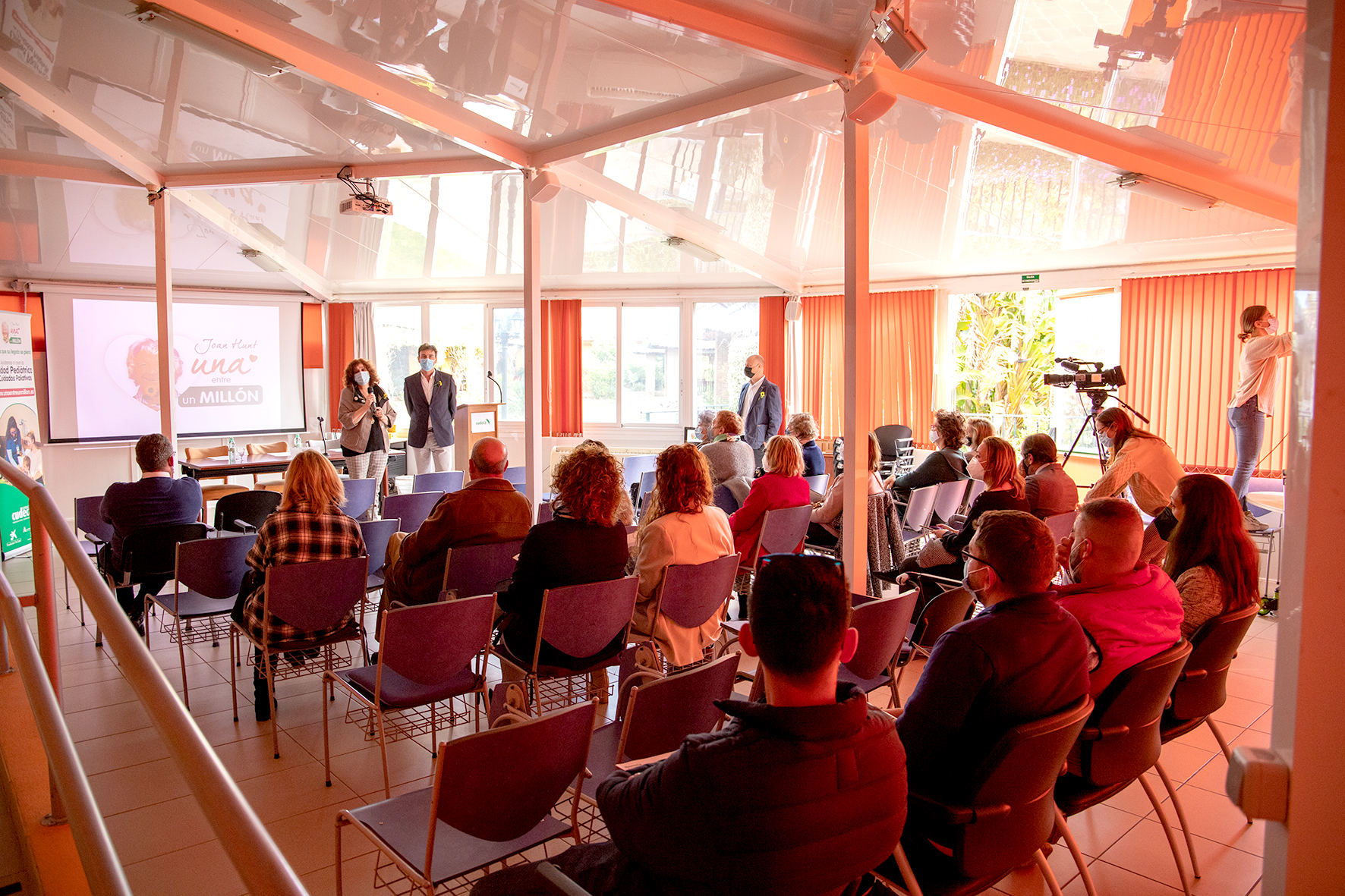 On 4th February, we presented our campaign "Joan Hunt, one in a million", from our Hospice Centre in Benalmádena to associations from the province of Malaga, which aims to raise €1,000,000 to create and manage a Paediatric Palliative Care Unit for 4 years.

Cudeca's Paediatric Palliative Care Unit would include the specialised comprehensive care and compassionate accompaniment of children and adolescents, as well as their families, including not only parents, but also siblings, grandparents, aunts and uncles... the whole family. A team of expert professionals: doctors, nurses, psychologists, social workers, physiotherapists, music therapists, art and play therapists, teachers, and volunteers, would work both in the homes and at the Cudeca Centre, in room number 10 or at the Day Care Centre.

The house where Cudeca's founder, Joan Hunt, lived her last years, located next to Cudeca's In-Patient Unit in Benalmádena, was built and paid for by herself. This house is a central part of this campaign, and will be converted into paediatric room, number 10, a space completely adapted to deal with such special, familiar and homely situations, with its own kitchen and a small garden overlooking the sea.

After 3 months of campaigning, we have raised more than 225,000€ so far, thanks to the generosity of the community of Malaga, which, although still far from the target, will allow us to implement a large part of the project in 2022.
The campaign will remain open until 28th February.

How can you help us?

You can pay by credit card, bank transfer or Bizum and every euro donated by you on these days will matched by our sponsors. Let´s make the Cudeca One in a Million campaign in memory of Joan Hunt the best day ever. Nobody wants to think about children dying but with your generous donations, they could spend their last days in a dedicated facility with the very best of care having all their family by their side. Thank you!

Donations over €250 will be eligible to be permanently featured on a mural in the new care space.

Tax deduction for donations. Up to 80% tax deductible (private individuals spanish residents) & 35% (businesses based in Spain).  Tax details must be sent to socios@cudeca.org.

A Unit that would include specialised comprehensive care and compassionate accompaniment of children and young people as well as their families including not only parents, but also siblings, grandparents, aunts and uncles.... the whole family. A Unit with an expert team of professionals (doctors, psychologists, nurses, social workers, music, art and play therapists, teachers, physiotherapists...) and volunteers, to care: