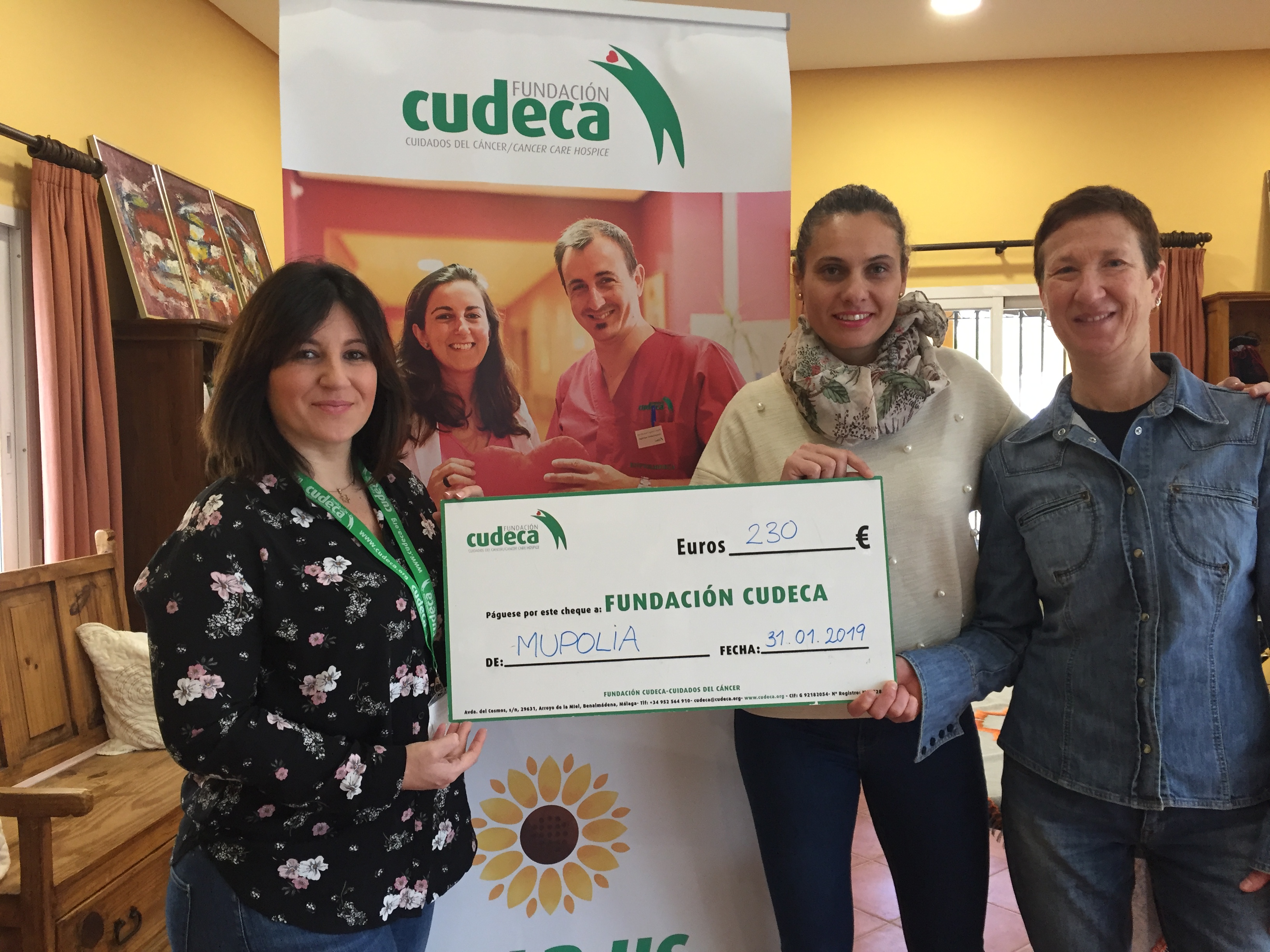 On Thursday 31 January, MUPOLIA (Police Women's Association) visited us to present €230 raised by all their members throughout the 2018 year so that we can continue their special kind of caring.

Inspired by a great spirit of solidarity, the members of MUPOLIA, animated by Gema and Noelle (two of the members of the association), have collected €230 from their membership fees to the association this time choosing the Cudeca Hospice as a beneficiary solidarity organization. Every year, MUPOLIA supports a cause and raise funds to help.

MUPOLIA is an Association of Policewomen created in 2002 in the city of Seville by the founding members belonging to the local police of Seville. In 2006 they set to work to celebrate the 25th anniversary of the first promotion of women police in Seville and, since then, the association has done nothing but flourish. These meetings of policewomen created an integrating and enriching environment that motivated their continuity by adding other objectives and the creation of new statutes to formalize meetings at the national level. At present, the members of the association are policewomen from the Guardia Civil, the National Police, the Guardia Urbana, Mossos de Escuadra and Local Police from the Spanish territory, with a total of 110 members. The statutes of MUPOLIA include concepts such as:

In this way, the members of MUPOLIA undertake activities and initiatives in the sports, educational and cultural fields, as well as seminars, conferences and meetings with other policewomen, establishing a direct and constant contact thanks to new technologies with all their members and interested parties.

The Supervisor of Nursing of the Cudeca Foundation, José Manuel Lapeira, received Gema Ávila and Noelle in the reception of the centre to offer them a guided tour of the facilities. At the hands of José Manuel, they learned a little more about the history of the creation of the foundation and the initial reasons that led our founder and honorary president, Joan Hunt, to start the project, as well as walking through the Hospitalization Unit, the gardens, and getting a better understanding of how the assistential teams  work.

For her part, Gema, a member of MUPOLIA, declared with emotion: "It fills us with satisfaction to have been able to learn a little more about this incredible foundation. It has been a pleasure to get to know you even more; what you do is so important. From the members of MUPOLIA we want to thank you for your praiseworthy, generous, professional, close, affectionate and humanitarian work". José Manuel Lapeira, Nursing Supervisor of CUDECA, thanked with affection: "Visits like this of MUPOLIA inspire us to continue with our work. There are many groups of people and professionals who are increasingly aware of our mission and we are very grateful to be able to show you our palliative care center and tell you a little more about us.”