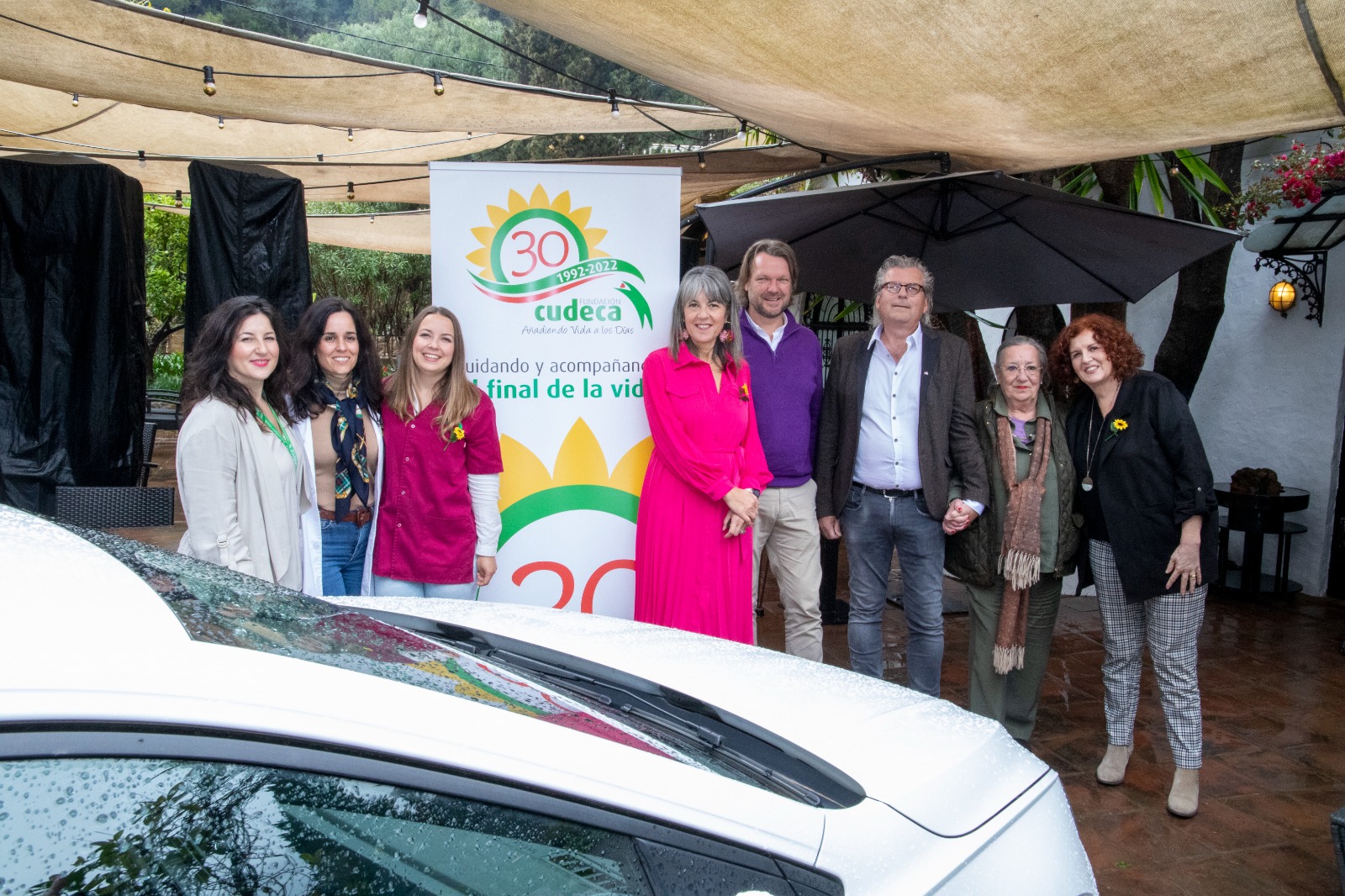 The Dutch business group based in Marbella, Marbella Dutch Business Club, presented together with the Cudeca Foundation the Volkswagen Polo car that they have purchased so that our medical teams can continue to care for many people with cancer and other advanced illnesses, and their families, free of charge throughout the province of Malaga.

The car was officially presented to the members and partners of the club last Tuesday, April 5th at La Cascada Restaurant in Marbella, on a rainy day that allowed a few rays of sunshine for the official photograph. This was followed by a lunch with the club members to celebrate the important solidarity action. Present at the event were Rens Zwanenburg, President of the Marbella Dutch Business Club, Eduard Megens, Treasurer and Elvira Boitelle, Member. On our behalf, Dr. Marisa Martín Roselló, CEO and Medical Director; Irene Peregrín and Anabel Jiménez, Doctor and Nurse of the Foundation. 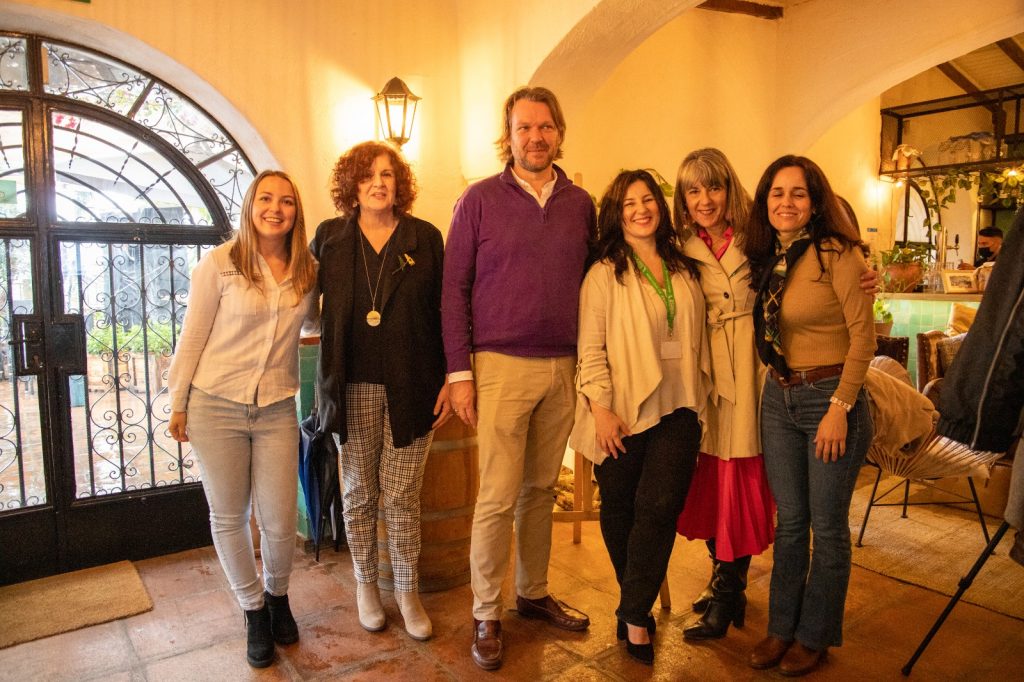 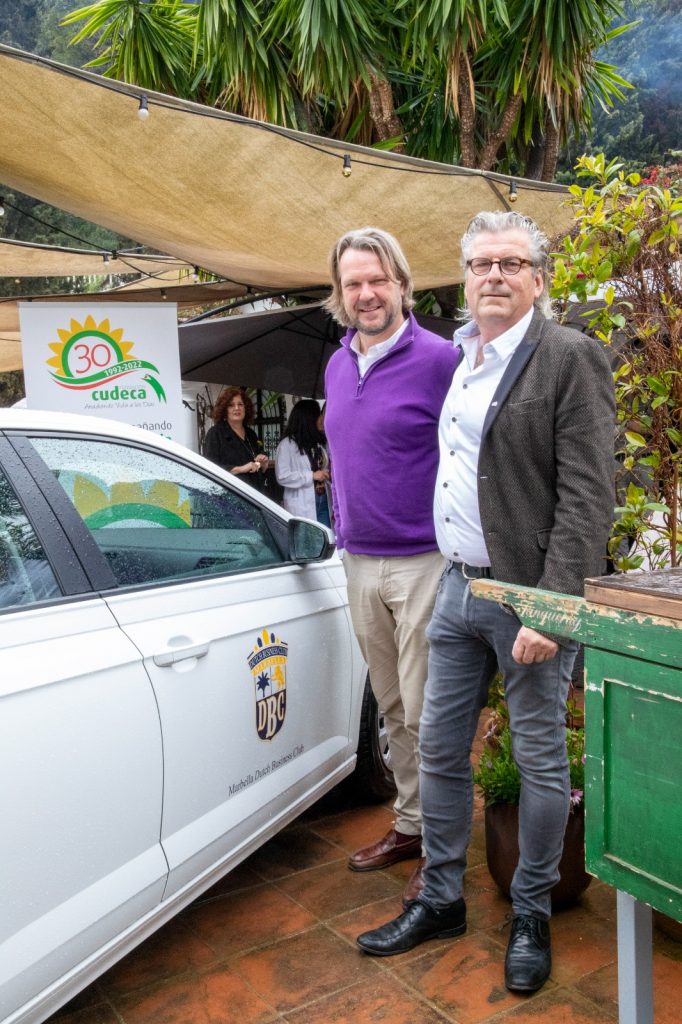 The Marbella Dutch Business Club was founded in March 2003 and has about 50 members (men and women). All members reside in Spain and work mainly as entrepreneurs in Andalusia. With the exception of July and August, the members meet once a month. Periodically, an illustrious speaker is invited and, in that case, the meetings are also open to a limited number of members' relatives. The highlight of the calendar is the Marbella Dutch Herring Festival, which is held every year in June. Solidarity actions are highly valued by the Marbella Dutch Business Club. The funds raised from the members are donated every two years to a charity in Andalusia. This year Cudeca is the club's charity.

The Marbella Dutch Business Club has been involved with Cudeca for more than 5 years and has now established strong connections with other charity events related to the Dutch community. At its Summer Party 2021, the Marbella Dutch Business Club raised 27.000€ thanks to the generosity of its members and other companies. With this incredible collection, it was agreed with the Cudeca Foundation to buy a new car (Volkswagen Polo) for one of the Home Care medical teams and to cover the cost of 3 months salary for one of the nurses.

The Cudeca Foundation would like to send a sincere Thank You to all the members of the Marbella Dutch Business Club for their dedication to the cause of palliative care and for their constant generosity over the years. Actions and commitments such as these club help Cudeca to fulfill its mission to care for more people at the end of life.