I Padel Specialist by AMBILAMP Padel Tour in benefit of Cudeca 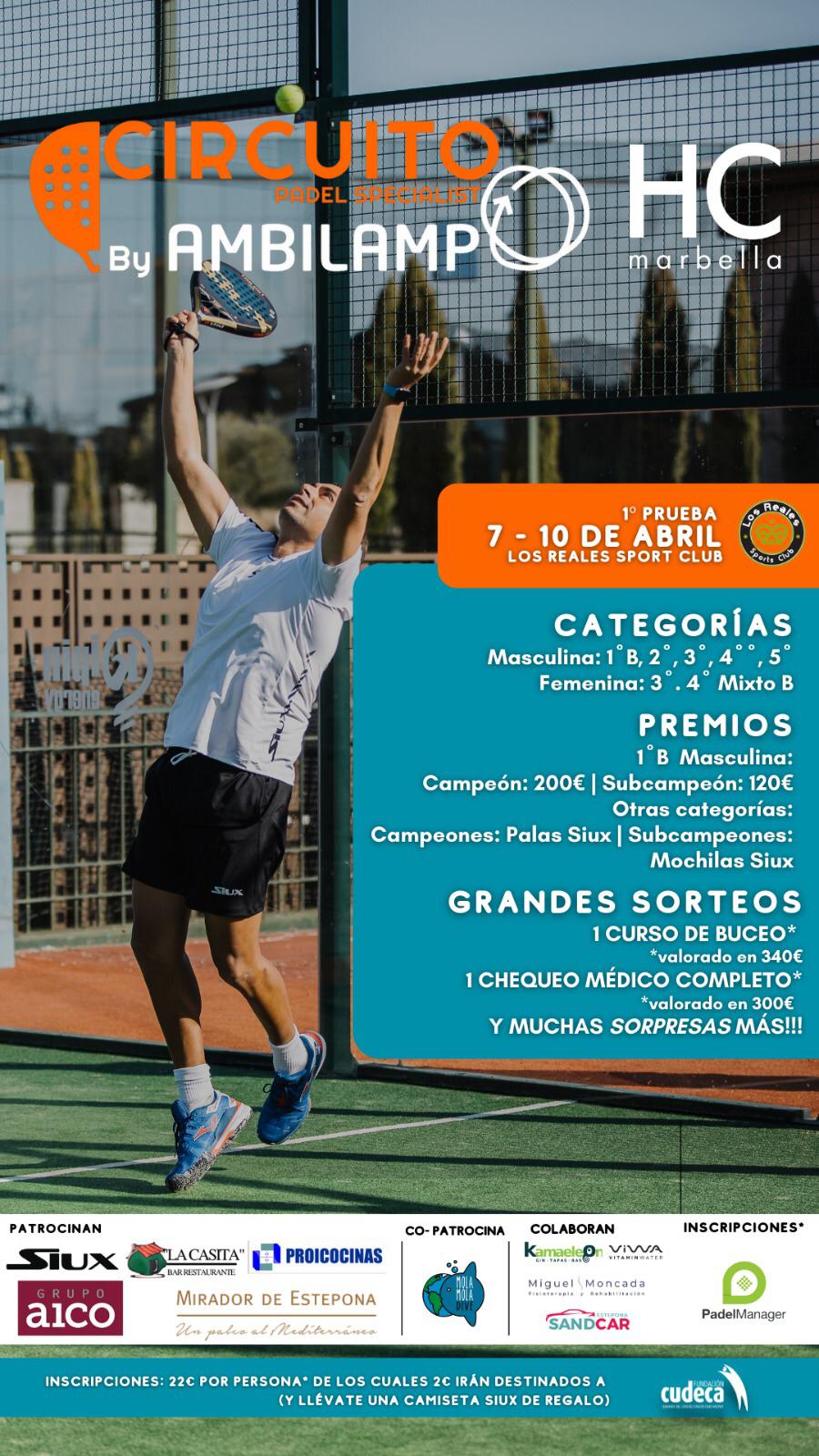 From the 7th to the 10th of April, the 1st AMBILAMP CIRCUIT EVENT will take place at Los Reales Sport Club in Estepona to help us (2€ out of each registration fee will go to our cause to help promote and offer palliative care to many people in the last days of their lives).

This is the first of 6 tournaments plus 1 final master organised by Padel Specialist Academy with the main sponsorship of Ambilamp, as well as other major local and national companies joining forces to support the practice of this sport that mobilises thousands of people throughout the year.

Padel Specialist Academy, directed by Lucas Eslava and Gonzalo Díaz is a company dedicated to the integral management of padel clubs, a training academy for players of all ages (amateur and professional) and to the organisation of events such as this, the 1st Padel Circuit, which has been running for more than 20 years in this sport. Lucas Eslava and Godo Díaz are prestigious coaches and professional players on the World Padel Tour respectively.

The 1st Ambilamp Circuit consists of 6 events that will be held from April and will be closed with a final master to be held from 14 to 16 October.   These events will be held in 2 venues: Los Reales Sport Club in Estepona and Edufy Padel Center in San Luis de Sabinillas, Manilva.

Registrations can be made through the Padel Manager platform. It is important to note that the circuit intends to contribute to our hospice, allocating a portion of the total figure raised through the inscriptions to help us.

It should be noted that the organization has planned to give a commemorative Siux t-shirt to each of the participants, while, during the celebration of the tests, there will be raffles such as 1 diving course valued at 340 € or a medical checkup valued at 300 € courtesy of HC Marbella, among other great surprises that will be announced on each particular date.

The sponsor of the event, AMBILAMP, will give a surprise gift to each person who deposits their light bulbs for recycling at the stands set up for this purpose at each tournament.