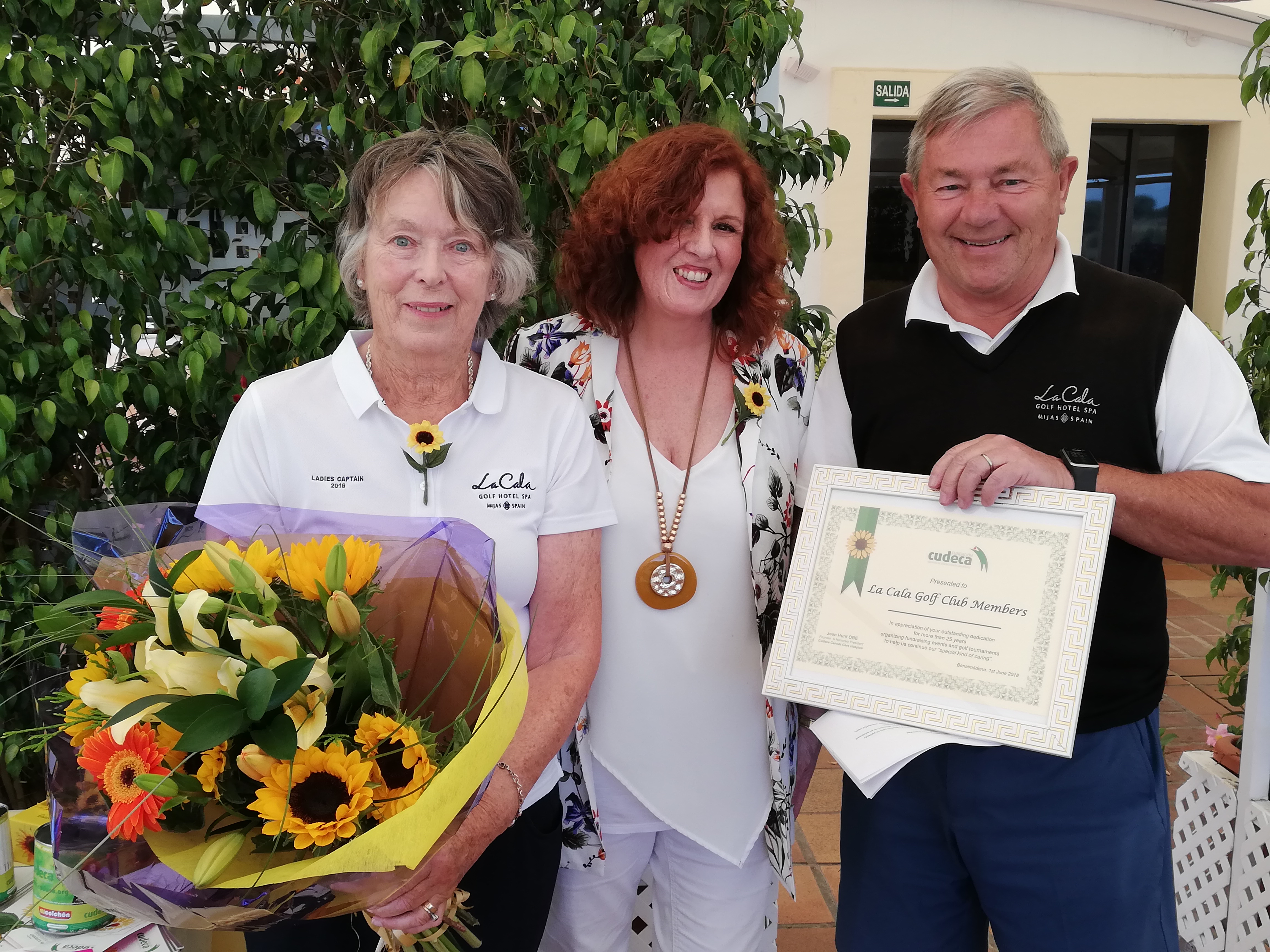 On 2 June, more than €10,500 was raised on the 25th anniversary of the CUDECA Cup held in La Cala Golf, coinciding with the 25th anniversary of the collaboration between La Cala Resort and the Cudeca Cancer Care Hospice.   This tournament was attended by nearly 70 golfers including the director of operations, Pedro Batista, and the general director of La Cala Resort, Sean Corte-Real. It should be noted that the excellent state of the America course favored the interesting results of the participants and there was even a player who got a -1.   After the tournament, around a hundred diners joined in the tasting of the exquisite barbecue offered at the Club House in support of the foundation. The day concluded with the holding of an interesting auction that included numerous gifts, in a relaxed atmosphere where attendees were able to bid later in the auction for the items of highest value, thus increasing the collection for the welfare work of Cudeca.   Sincere thanks are sent by the Cudeca Hospice to all players and assistants who have contributed to these good results, as well as to the director Sean Corte-Real, Captain Felima O'Callaghan and Captain Thomas Widegren, both from the La Cala Resort team. About La Cala Resort Golf, SPA, Gastronomy and Leisure La Cala Resort on the Costa del Sol is one of the most important golf resorts in Andalusia. It has three 18-hole golf courses designed by Cabell Robinson, an academy located next to the six-hole par-three golf course. It also includes a football pitch and sports facilities according to FIFA's technical specifications. It is the only one of its characteristics with an 8 km running circuit. The hotel has 107 rooms, three theme restaurants and a spa with more than 1,300 m2, among other services.