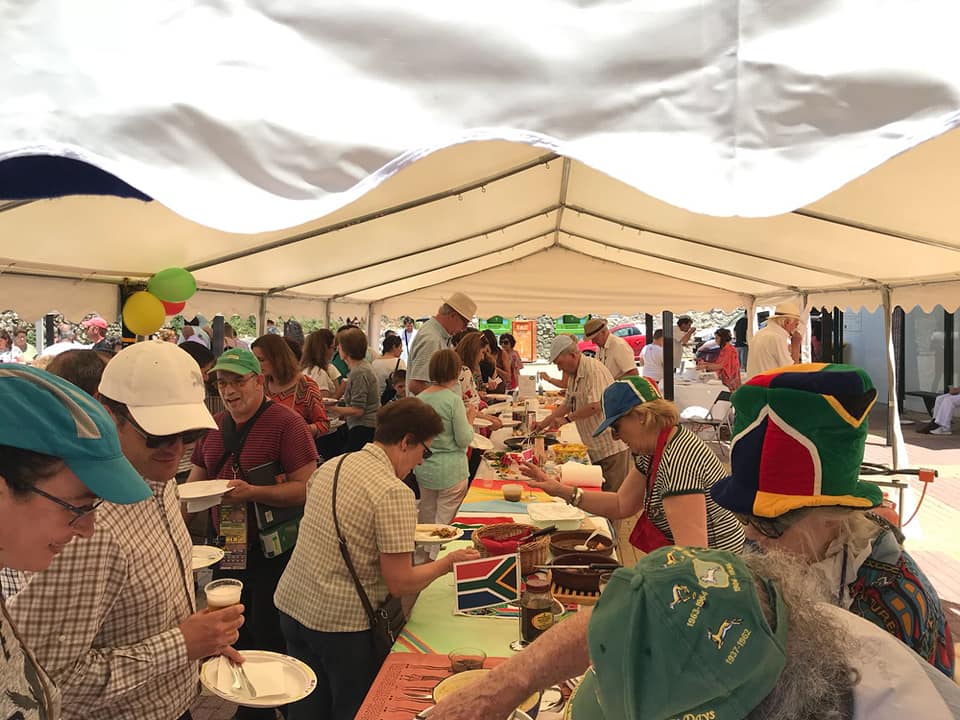 On Saturday May 26th Istan’s municipal Tourist Department celebrated its third Intercultural Encounter in the town’s Plaza de Andalucia. The event sees local foreign-residents sharing their customs, gastronomy, music and traditions with their Spanish neighbours and visitors from the coast. As in previous years there were stands at this charity event representing many different nations, which offered traditional home-cooked dishes lovingly prepared for the occasion by Istan residents, who hailed from England, Scotland, Rumania, South Africa, France, India, Nicaragua and other Spanish regions, to name but a few. Tickets for the tasty tapas and cool drinks were available at Cudeca’s stand, placed at the entrance to the square where this magnificent fiesta was held.  These tickets, which cost just €1 each, could be exchanged at any of the stands for a tapa, and drinks could be bought with tickets costing just 50 cents each. This year the sale of all the food and drinks from the stands raised more than €1,787 (over €500 more than the amount collected last year), which will go integrally to Cudeca Hospice. We would like to give heartfelt thanks to the altruistic participation of all the chefs, helpers, residents and collaborators, and to the Istán village and Cudeca volunteers, as well as to the Istan Town Hall for its marvellous sharing and caring initiative.