But this was only the first step of the Sunflower Effect

Last November Cudeca Hospice launched the "Join the Sunflower Effect" campaign with the aim of caring for 250 people at the end of their lives for a year through a multidisciplinary Home Care Team: a doctor, a nurse, a psychologist and a social worker, all specialised in palliative care. The team will make an average of 3-4 visits per day, and will provide the medical care and the psychological and social support needed by both patients and their families.

Thanks to thousands of people including volunteers, regular donors, the media, public institutions and companies, and especially to the mother of Pablo Ráez, Rosa María Martínez, for being the protagonist of our campaign and sharing her intimate and heartfelt testimony; as well as to Cudeca's Campaign main sponsor, the "la Caixa" Foundation, which, along with other support, has donated €30,000, Cudeca has achieved the difficult challenge of raising €186,647. An ambitious goal, which seemed impossible to achieve in such a complicated year, and which has shown that, together with the community, it can achieve any goal it sets itself. We all make up the Sunflower Effect, and together we are united in caring. Together, we form the Sunflower Effect. Caring Together. 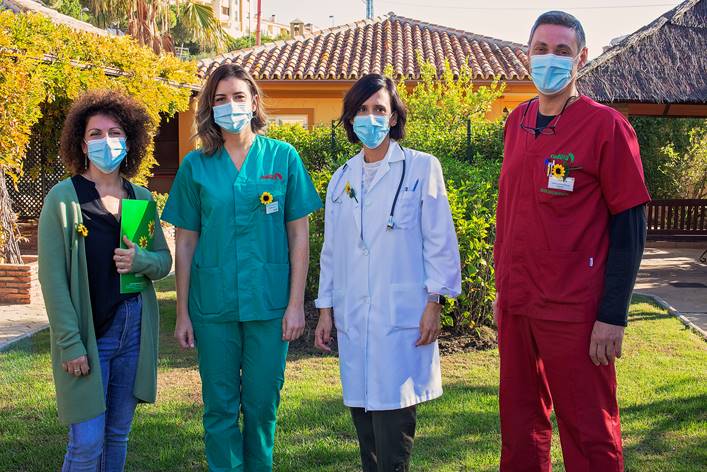 But this was only the first step of the Sunflower Effect.

In 2020, despite the crisis caused by the pandemic, Cudeca managed to care for and accompany 1,600 people at the end of their lives. And this year the hospice wants to do it again, because in Spain only half of those who need specialised palliative care receive it. We do not want to see again what we experienced with the coronavirus crisis: many people died alone and without palliative care. We all deserve to be cared for and not feel alone at the end of our lives.

The sunflower, the symbol of palliative care, is a flower that always looks towards the sun to be filled with energy. It represents vitality, love and positive encouragement in the face of adversity.

Just as the sunflower is always on the move, looking for the sun, the Cudeca community continues to move so that Cudeca Hospice can continue to help the many who still need them.This was only the first step.