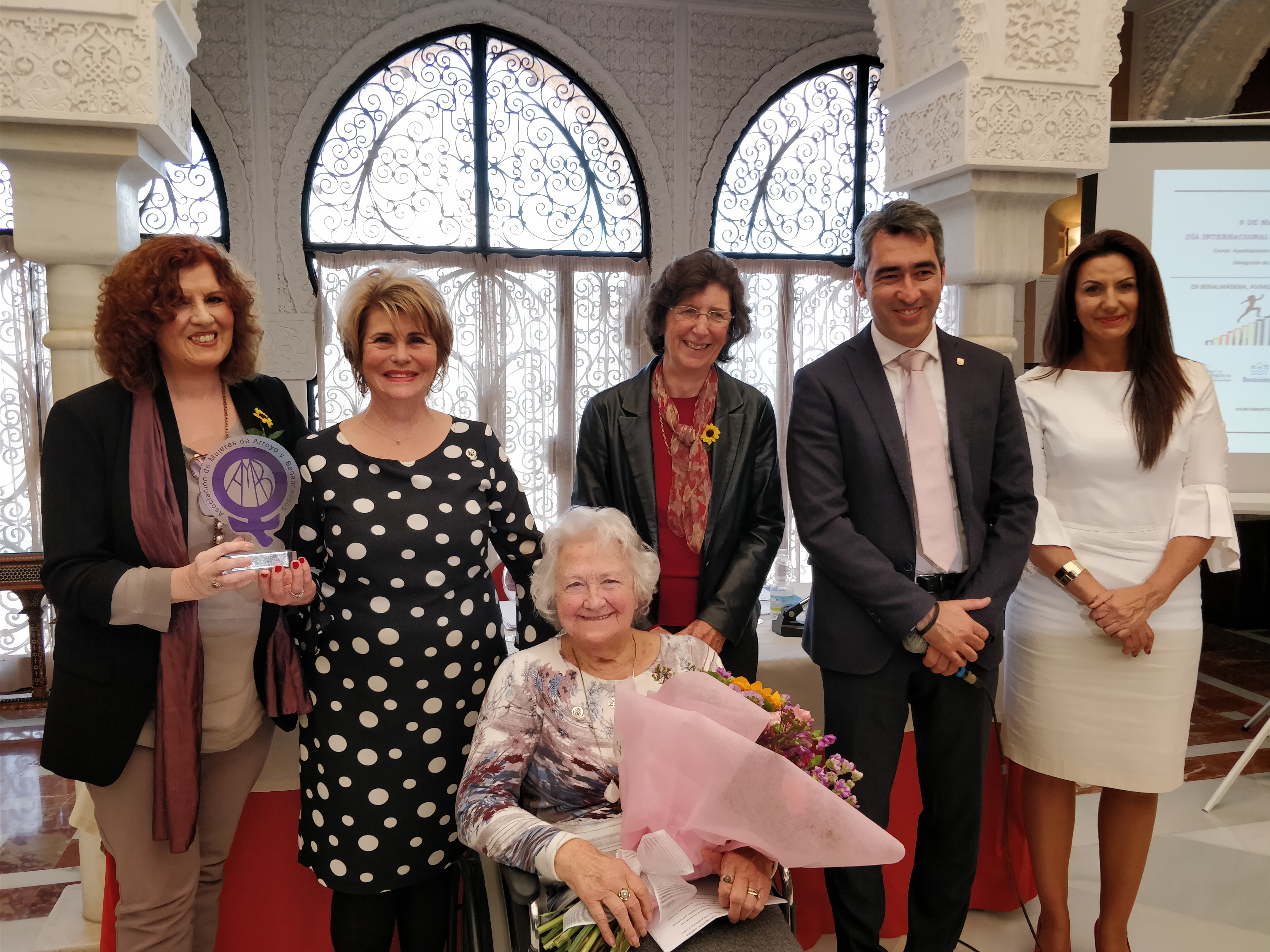 Today the Association of Women Arroyo-Benalmádena has given an award to our founder and honorary president, Joan Hunt at the “Bil-Bil” Castle. This award was presented at the event on the occasion of the International Women's Day organized by the Benalmádena Town Hall, and it was attended by the Mayor of Benalmádena, Víctor Navas; the president of ACEB, Rosa María González; the president of  Arroyo Benalmádena Women's Association, Encarnación Jiménez; and on behalf of CUDECA, Dr. Marisa Martín, Chief Executive and Medical Director; Susan Hannam, Vice President; staff and volunteers of the Hospice. We thank for the important support of the Benalmádena Town Hall and the Arroyo-Benalmádena Women's Association.