An evening of entertainment at Frederick’s Bar 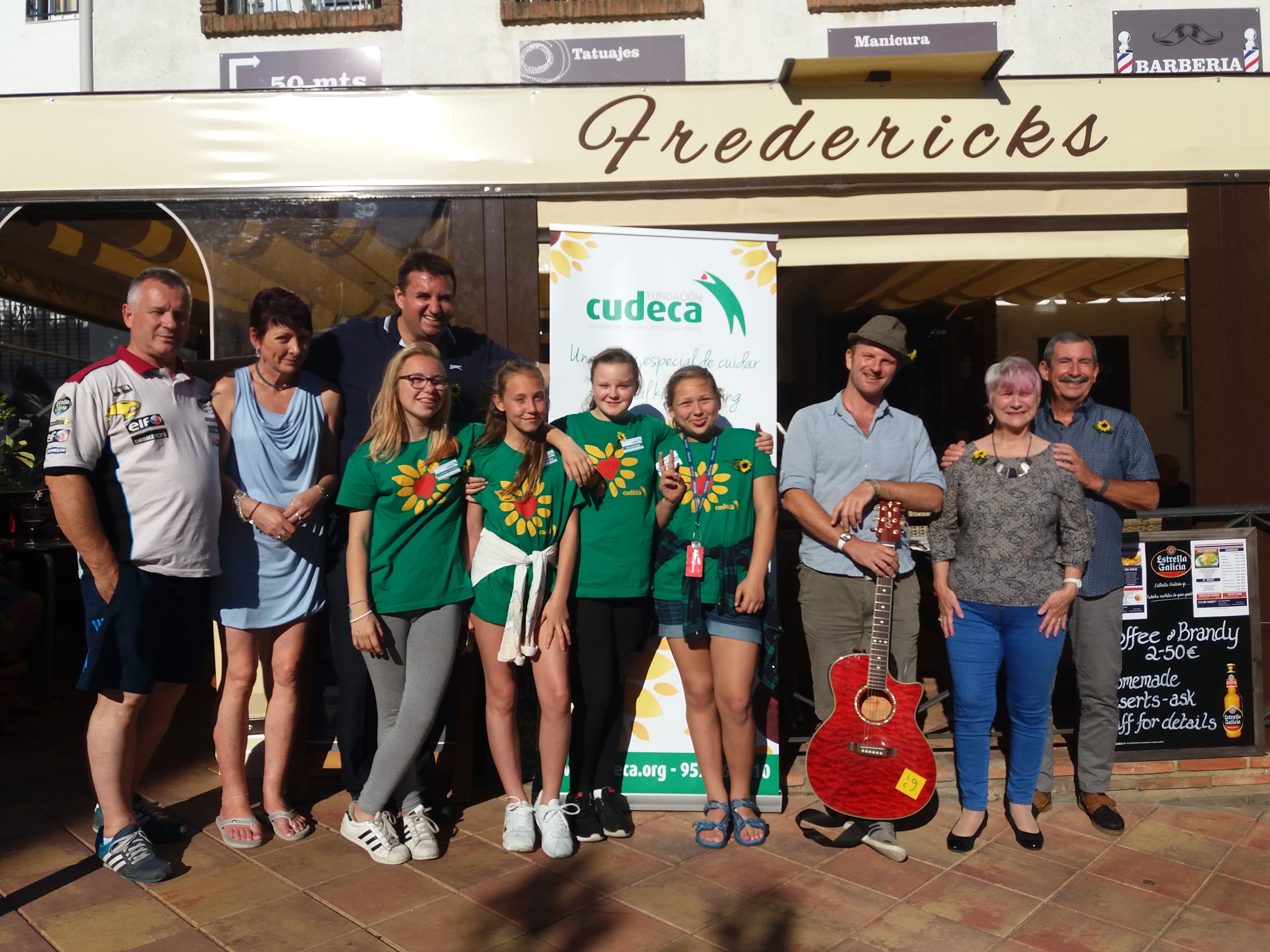 Earlier this month at Frederick’s Bar in Benalmadena Pueblo, there was entertainment all evening with the dulcet tones of Matt Rivers who had everyone clapping and cheering to his great soulful music as this monthly event came up trumps again for the people of the Pueblo. During the interval, a charity raffle was drawn with great prizes including two hampers, and 570 euros were raised for Cudeca Hospice. After Matt’s performance, karaoke followed as the locals tried their own voices on the audience with some surprisingly good results. Sincere thanks go to the owners Trish and Dean who will be organizing a similar event on a monthly basis, so watch out for the next entertaining afternoon on 25th May at Frederick’s Bar near the glass elevator in the Pueblo. More details to follow.