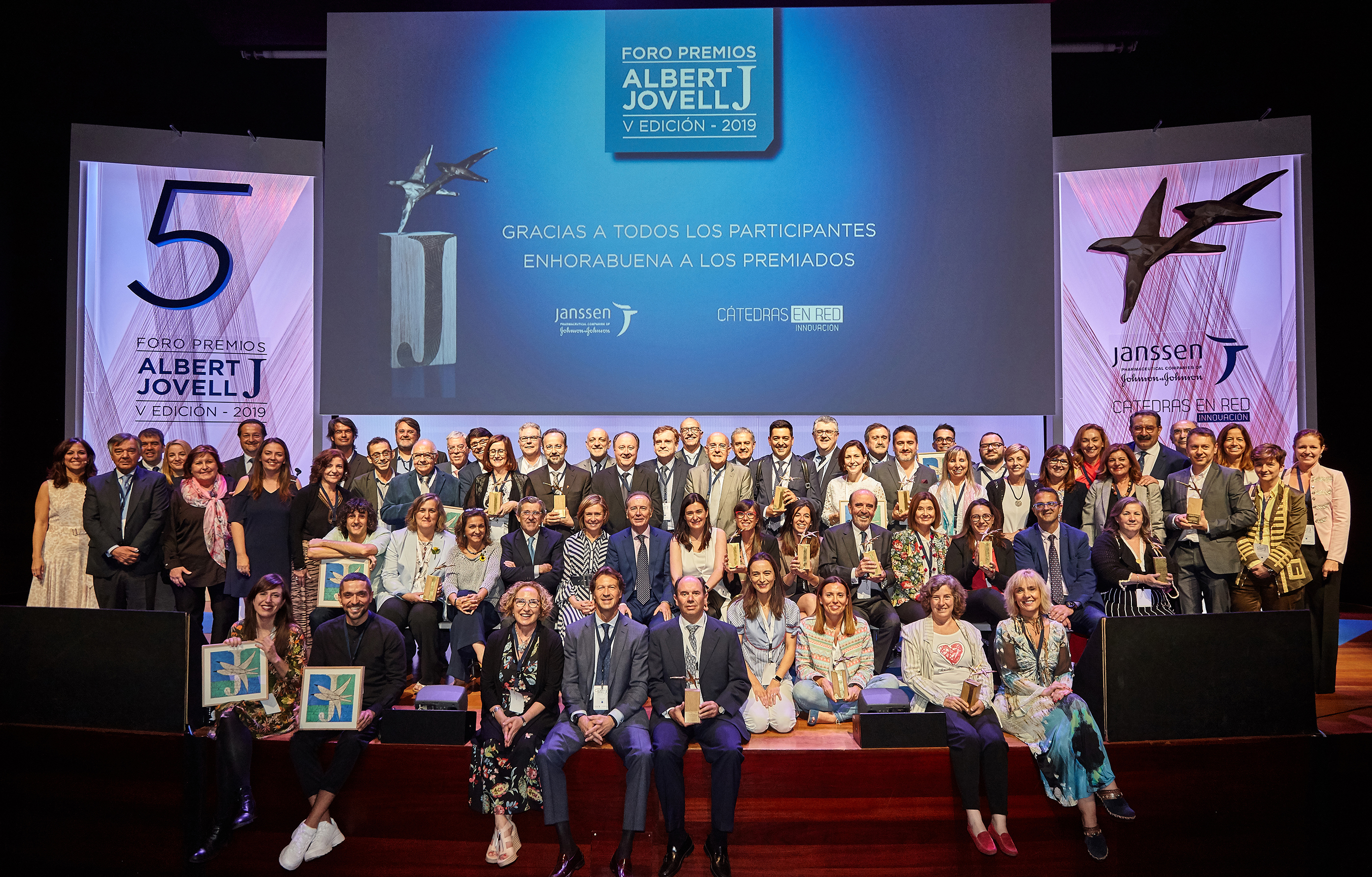 CUDECA´s Master in Palliative Care and the video "How does the end of life sound?" received the first and second awards respectively.

On 11th of June, the Master in Palliative Care organised by the Cudeca Hospice and the University of Malaga received in Madrid the first Albert Jovell Award in its category "Best training, transformation, information or awareness-raising action on health developed from the university field". Furthermore, the documentary "How does the end of life sound", created by El Cuartel Creativos for Cudeca, has received the second prize in the category "Best journalistic work in the health field".

The Albert Jovell Forum is an initiative that aims to support, disseminate and reward health projects that stand out for excellence, commitment to the patient and innovation. It is based on the humanist values and the affective-effective model defended by Dr. Albert Jovell: a way of caring for and healing the patient as a person, based on scientific evidence, incorporating the dimension of the dignity and humanity of the patient and establishing a way to care based on trust and empathy, while contributing to their well-being and the best possible health results.

Each edition, the Albert Jovell Forum selects the best proposals from different agents that respond to this model. This year, out of a total of 502 projects presented, the Cudeca Hospice was present in two of them: the first prize in the category "Actions for training, transformation, information or awareness about health developed from the university environment", and the second prize in the category "Best journalistic work in the health field".

The Master in Palliative Care, which received the first prize in its category, is a postgraduate programme aimed at specialised training in the clinical, psycho-social and spiritual care of terminally ill patients and their families. It integrates the teaching work of professionals from the Cudeca Hospice, five Faculties of the University and the General Foundation of the UMA. Cudeca, which provides the practical and expert experience of its professionals in end-of-life care, receives the benefits of tuition fees from the University in solidarity with its free healthcare work throughout Malaga. Mª Luisa Ruíz, Director of the Master, and Mª Jesús de la Ossa, Care Coordinator of the Cudeca Hospice, were attended at the award ceremony.

The documentary video "How the end of life sound" by the Cudeca Hospice, created by El Cuartel Creativos, received the second prize in the category "Best journalistic work in the health field". The documentary presents the importance of palliative care, showing the Cudeca´s Hospice special kind of caring, through the eyes of the composer from Malaga Paloma Peñarrubia. The four-minute video is based on the testimony of the composer, whose aim was, through sounds and melody, to explain the welfare work of the Cudeca Hospice. The award was received by Alfonso Pérez, Director of Customer Services at El Cuartel.

These two awards are a nationwide recognition of the work carried out in Malaga by the Cudeca Hospice, committed to work for the right of everyone to have access to quality palliative care. A commitment (as they say in Cudeca) "to add life to days, rather than days to life".