We die as we live 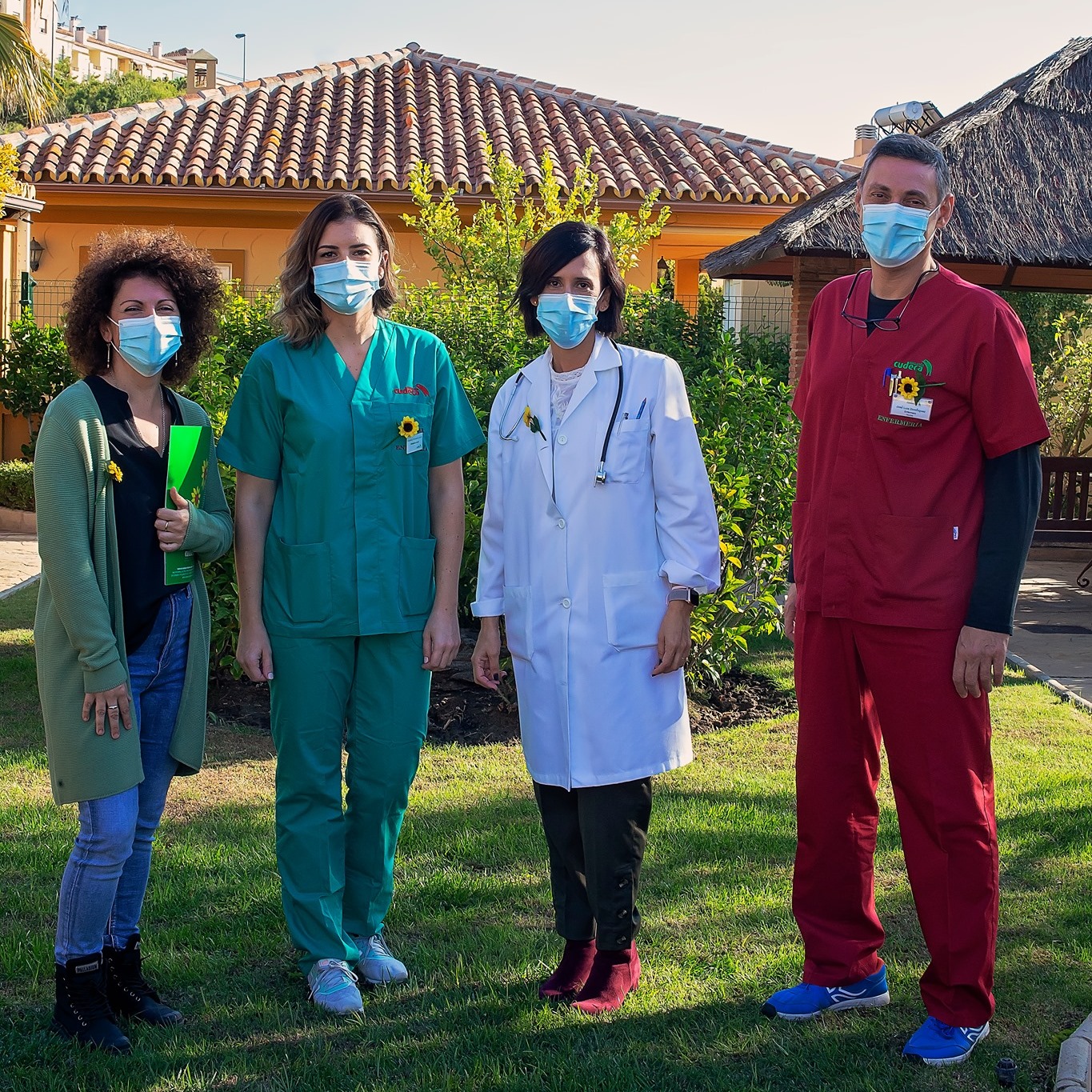 We die as we live, perhaps one of the many mantras we have learnt along this journey in Palliative Care. We are a team that has developed and, like good wines, improves over the years. We are all united by something more than case management and there is an unspoken complicity that does not need too many words to achieve our goals.

I believe that the Guadalhorce traps us and takes us to a rural Spain with the magic of each of the villages we pass through. It is as if we were entering an infinite road of curves that cut through the mountains with an unmistakable aroma of the earth. That's where we all get to and we do palliative care.

Recently, an elderly couple with two adult children, one of them married with a son, came to the team. The wife, our interlocutor, asked us to help her mother-in-law who had many needs. Her daughter-in-law knew that Cudeca was far away and wanted her mother-in-law to die peacefully at home where she had always been with her family. Even though they were far away, she did not want to lose this support because of the good references she had of our Foundation.

Among calls, we gradually put together a family map that helped us to understand what was really going on. A few conversations between us with engine noises that never fail, we shared information and set ourselves work objectives.

A visit from the team was the key to start attending to Maria, adjusting treatment and trying to give her the best possible assistance. Although she refused social care, we discovered her reasons and her resistance. However, this was not an obstacle to continue working with the family who did demand this support.

Our patient, Maria, had been living far from the village and away from people's eyes for a long time, and not by chance. In her home, she had Diogenes syndrome and a tendency to hoard, which had been impossible to work on despite the interventions of other professionals. Her family understood her illness and did everything possible to accompany her with affection and understanding. As time went by, despite the sadness of her family environment, our patient became isolated from the community.

In the first interview, the team identified that her wish was to die at home. Yes, in that unfriendly environment with her accumulated things and surrounded by her family. The patient did not want to go to a hospital, she was anxious about the waiting, the transfers, etc. All this was as unfamiliar to her as it was hostile. Maria's previous experiences were perceived as a threat, so she did not want to leave her home. Although it was difficult for the team to understand, they accompanied her until the end, respecting her wishes. It alleviated the suffering of all the team members and unwittingly brought meaning to Maria's life.

In the last days of her life, the team carried out a number of interventions to ensure good symptom control, comfort for the patient, family reunification, farewell and burial.

Before she died, the team was there, Maria did not want them to leave, she was very grateful for the work done. Simple, with few words, she speaks openly to her team. They accepted her suffering and helped her through the end with the support of her family.

On the way back with joy, with the feeling of having done a good job, between us: a rotating witness and the noise of the engine, we talk about compassionate work.

About our patients' choices that challenge our human impulses.

About embracing choices and what it means to die well.

We end up keeping the mantra in mind: We die as we have lived.