Hélène Mostertman is not only a restaurateur but also a very caring person as she has been demonstrating since she opened the doors of her restaurant Vino Mio in the capital and created her Heal the World movement with which she has helped many NGOs in the province including the Cudeca Foundation. When we told him about the campaign about the Solidarity Restaurants that are helping Cudeca it didn't take him a second to tell us that he was joining in, he decided on the dish and "let's go", the famous brochette from his Saté Bali menu now donates one euro to the foundation to help us take care of them. You can now enjoy it and help the more than 1,600 people we serve in the province of Malaga at no cost. Vino Mio is one of the best restaurants in Malaga. An elegant and cosy place, located in the historic centre and with a beautiful terrace at the foot of the Cervantes Theatre. Open from Thursday to Sunday, Vino Mio's kitchen does not close and serves food from 13:30 until late. Vino Mio is famous for its excellent live flamenco show, which can be enjoyed every day while dining in our modern dining room. Supplement of 5 euros per person. Our extensive and creative menu includes Mediterranean cuisine; exotic dishes, such as crocodile or kangaroo and the best meat in Malaga. Also menus for groups with selected wines and original cocktails. 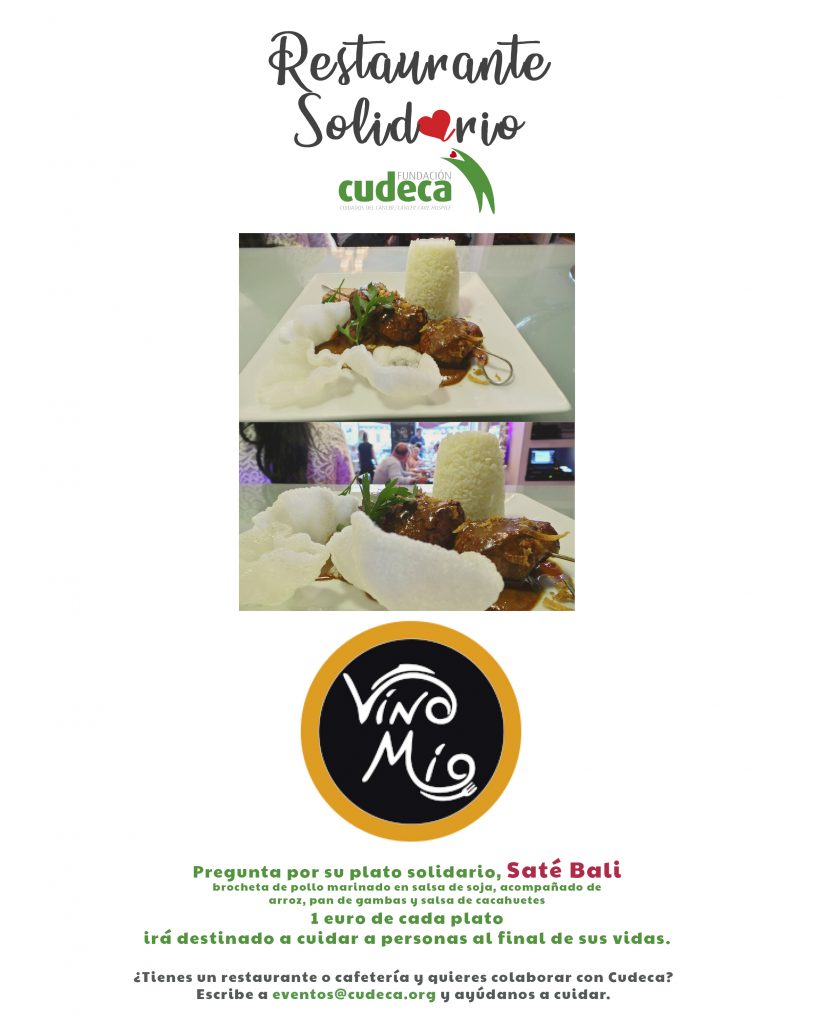