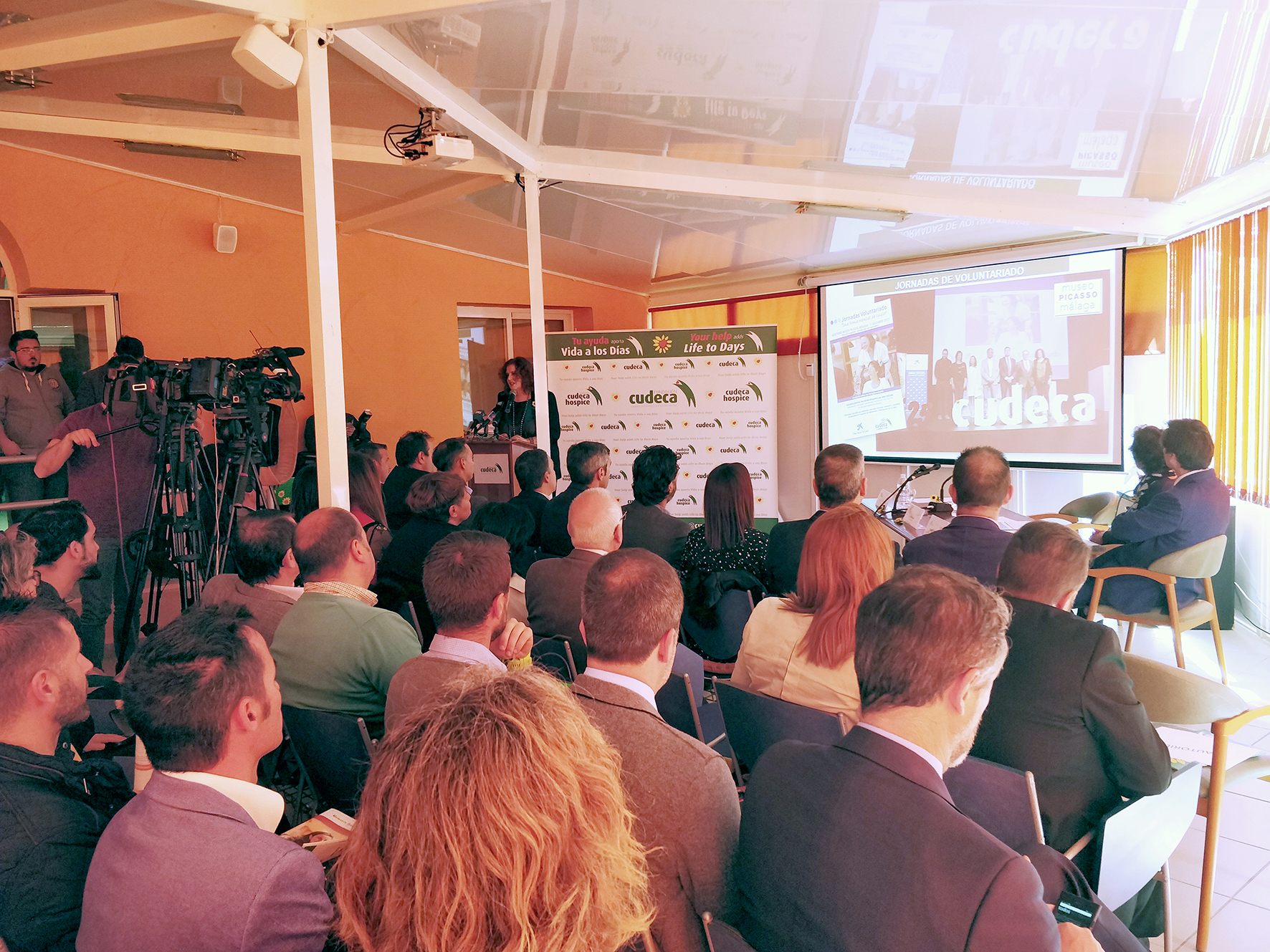 On 12th April we celebrated our Annual Results Presentation 2017 at the Cudeca Hospice in Benalmádena. Attending were many representatives of public institutions, companies, organizations, together with volunteers, friends and many supporters, including Jutta & Claus Rohrer from Buchinger Wilhelmi and Sandro Morelli from Villa Tiberio. And from Cudeca Hospice, Joan Hunt, Honorary President and Founder; Susan Hannam, Vice-President of Cudeca; Dr. María Luisa Martín, Chief Executive and Medical Director; Rafael Olalla, Deputy Chief Executive and Financial Director Susan Hannam opened the presentation with a huge thank you to the attendees as well as all the people who have made it possible for CUDECA to care for over 14,000 patients and their families, completely free of charge. Dr. María Luisa Martín Roselló, Chief Executive & Medical Director, has explained the 2017 annual results, emphasizing that the number of patients and families attended has not stopped growing, in some years in a very important way and in 2017 the increase has been 13% over data from 2016. She also announced that we have cared for 1,064 new patients, and adding this number to the number of patients who stayed with us since last year, makes a total of 1,436 patients and 2,585 families. In relation to Care Programmes, Dr. Marisa Martín has highlighted that 271 patients were cared for in our In-Patient Unit. Thanks to the Social Programme offered by “la Caixa “ Foundation, our psychologists have attended to 800 patients and/ or their families and in 575 cases our social workers have had to help 79 patients attended our Day Care Centre, 126 patients were given rehabilitation. “In only 5 years the number of patients attended to in a year has gone up by double and to attend this increase we have had to add from 4 to 7 our home care teams". She also announced that “this year CUDECA will build the new Training & Research Centre. It is because, thanks to a very generous donation from a good friend and benefactor, Dr. Yusuf Hamied, it will finance the majority cost of the construction. We are hoping that in this new fase of CUDECA, it will help us to extend the philosophy and knowledge of our "special kind of caring" to many professionals and at the same time to patients and their families. In addition, we hope that in 3 years this project will start to give benefits and be another important source of income for Cudeca Hospice”. She ended saying: “Empathy is to be able to put yourself in the place of others, and we assure you that CUDECA feels fortunate enough to feel the empathy and support of the community. If you can, we ask you to make another step forward: we need you to be compassionate, that is to say, to be sensitive to the requirements of those suffering and furthermore to be active and compromise to alleviate. Compassion is empathy in action! Please be compassionate now is the time”. Rafael Olalla, Deputy Chief Executive and Finance Director has highlighted the positive economic result for the fifth consecutive year, despite the unstoppable rise of patients and their families requesting our care, we have managed to cover all expenses, and it was made possible thanks to the generosity of all donors, regular donors, volunteers, public institutions and organizations, since public funds account for only 15% of our revenues. Following the two reports, the 2017 Gold Pin was awarded by Assumpta Eceiza, Financial & Facilities Manager to Jutta & Claus Rohrer from Buchinger Wilhelmi, in recognition to her longstanding and highly valued collaboration. Finally, Susan Hannam expressed her wish to let everyone know how important all volunteers have been for Cudeca since the beginning, and how incredible the idea of having a hospice seemed in the first place. She also explained how fulfilled she felt every time she thought of the more than 900 volunteers enabling CUDECA to help more patients. 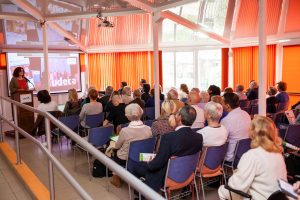 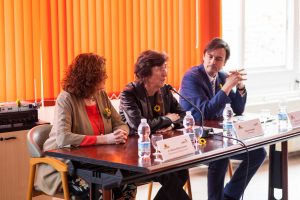 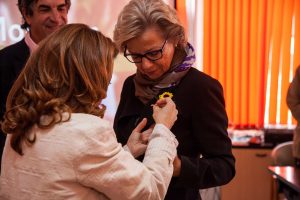 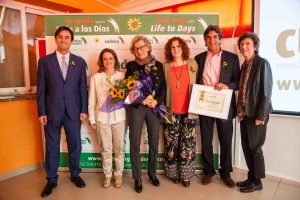 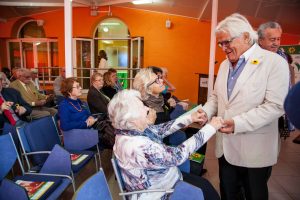