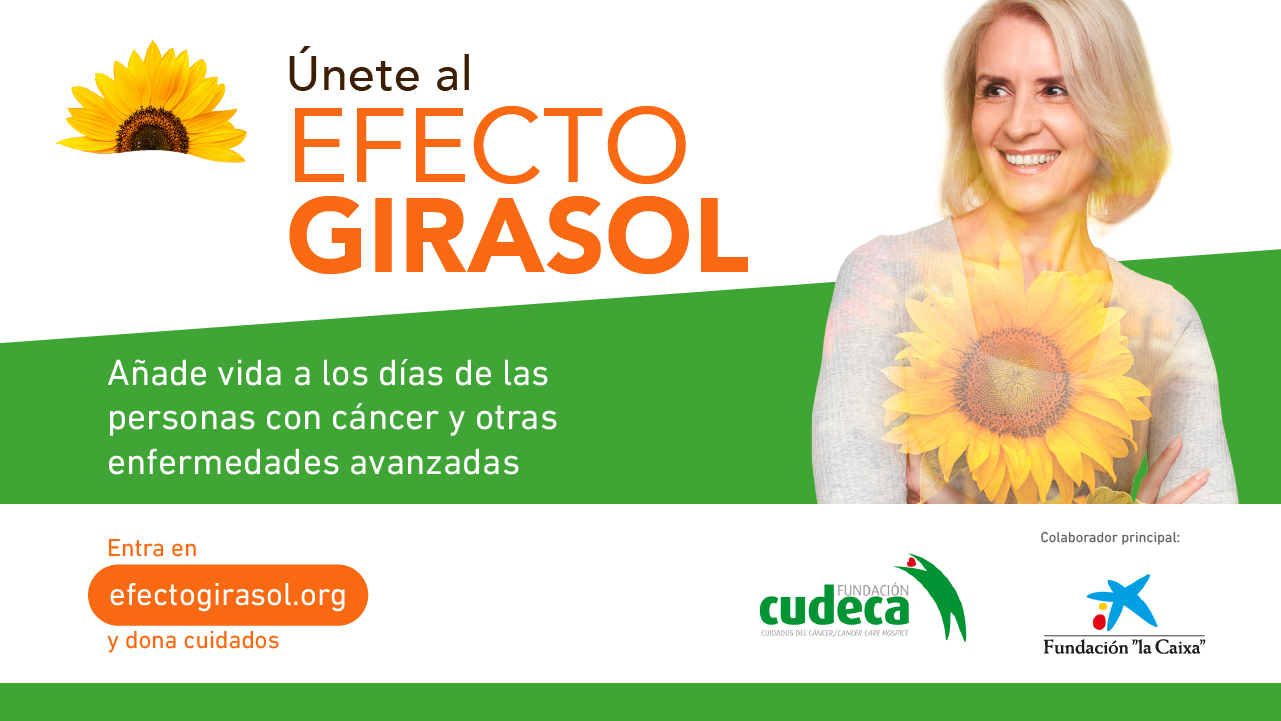 On November 16th last year and in view of the highly adverse effect on its income of the current pandemic, we launched an emergency campaign, “Join the Sunflower Effect”, to raise 185,000€ to fund a multidisciplinary home care team in 2021 made up of a doctor, a nurse, a psychologist and a social worker, all specialists in palliative care. A home care team like this cares for an average of 250 patients a year, in their own homes. A team makes an average of 3-4 visits a day, giving medical, psychological and social care to both patients and their families.

The result so far has been hugely positive: 179,218 € have been raised, which is 97% of the target. Public institutions, businesses and the wider community have come together to show their solidarity with the campaign. Volunteers, regular donors and supporters have all been contacted and the response has been moving and generous. Donations ranging from 10€ from private individuals to 30,000€ from La Caixa, the main sponsor, have added up to this invaluable amount.

The management of Cudeca wishes to convey its gratitude for all the moving messages of affection and support received from the whole of the international community in the province of Málaga. Particular thanks go not only to the main sponsor, La Caixa, but also to all the media for their support and help throughout the campaign, to all the public institutions and businesses which have contributed, and to the hundreds of anonymous donors who have joined Cudeca´s Sunflower Effect.

The campaign, which was planned initially to run until January 6th, has been extended to the end of the month in response to the enormous interest of the public and to try to reach the full target.

Donations can still be made to enable Cudeca to extend its palliative care via: