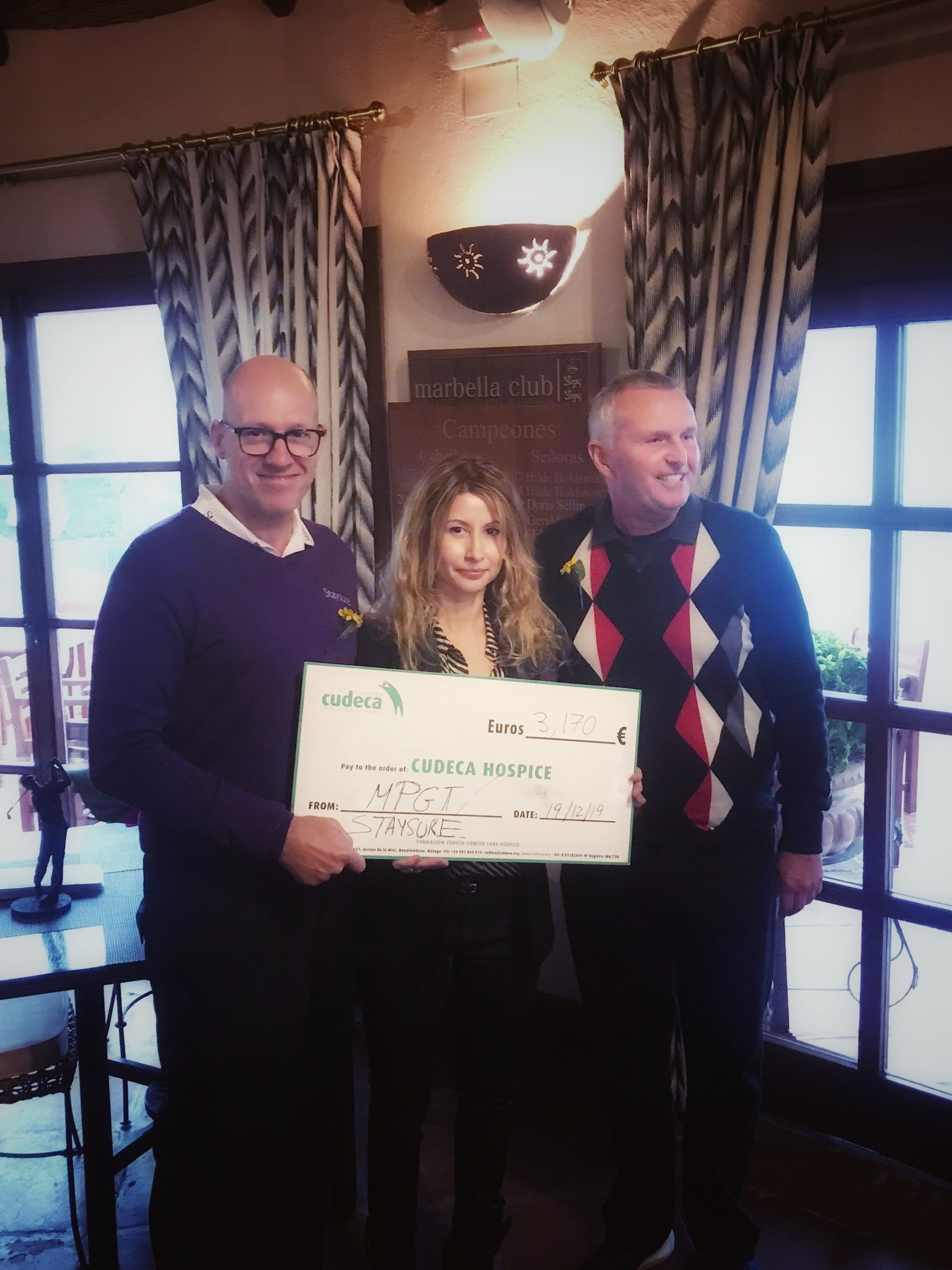 On Thursday, 19th December 2019, MPGT held their last game of the 2019 Golf Tournament at Marbella Golf Club Resort Benahavís, where the prize presentations took place. Cudeca Cancer Care Hospice was presented with the money raised  over the year, with the amount of €3,170. Bradley Smith, Tournament Director of the Marbella Professional Golf Tour, organized this competitive Golf Tour for Professionals on the coast, where there were a series of Pro Ams with the aim of raising money for charity. Cudeca was the charity chosen this year because, as Bradley Smith said, “It was decided we would do this for CUDECA as we all know someone who has had or has cancer”. There were five small Pro Ams playing at El Paraiso Golf Club in Estepona, Santa María Golf Club, Estepona Golf, El Higueral Golf and Marbella Club Golf Resort. These have been well received and it is hoped that in 2020 they can increase this number of events in aid of Cudeca. Special thanks to Ryan Howsam, Chairman of Staysure, who kindly made a donation to Cudeca, to Bradley Smith for organizing this Charity Golf Tournament and to all the players who contributed with their participation to raise funds which will help Cudeca to continue caring for those who need it.