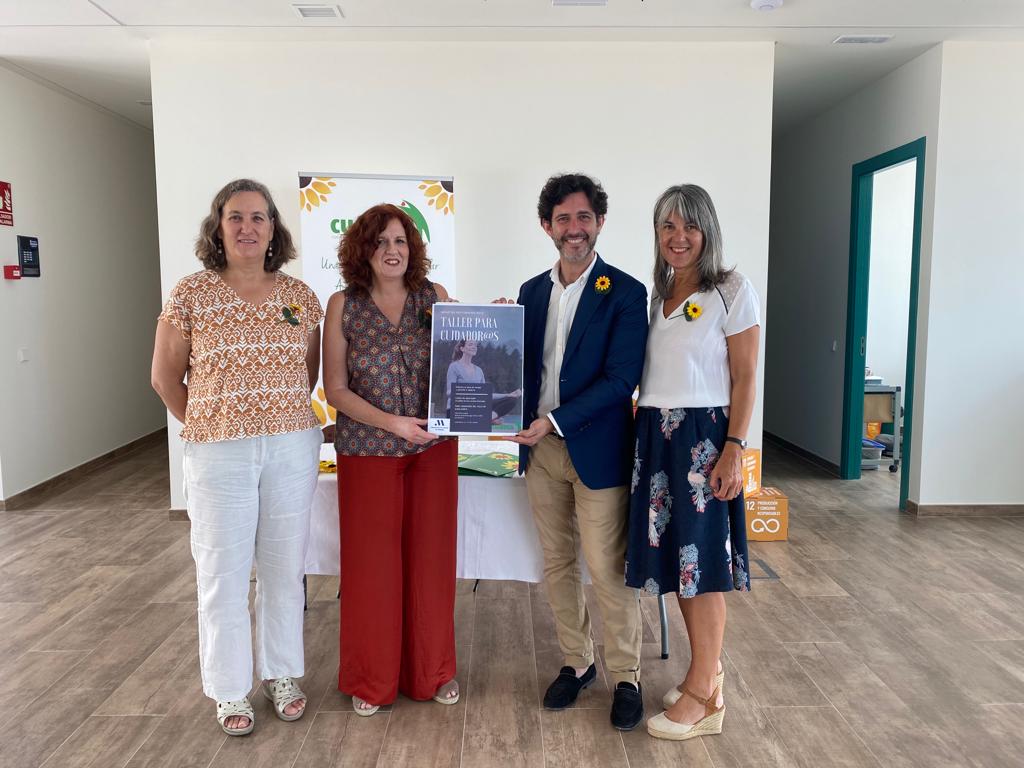 The Diputación de Málaga, through the Delegation for the Elderly, Third Sector and International Cooperation, supports a project of the Cudeca Foundation for specialised virtual psychological help during the process of illness and bereavement for carers in Alhaurín el Grande, Álora, Alozaina, Ardales, Cártama, Carratraca, Casarabonela, Coín, Guaro, Monda, Pizarra, Tolox and Yunquera, belonging to municipalities in the Guadalhorce region, with less than 20,000 inhabitants.

This was announced by the Deputy for the Elderly, Third Sector and International Cooperation, Francisco José Martín, during a visit to the headquarters of the Cudeca Foundation in Benalmádena, together with María Jesus de la Ossa and Aurea Peralta, representing the foundation, where the next activity on self-care was presented, which will begin on Friday 17th June.

In short, the project aims to provide help to those who care for relatives living in rural areas of Guadalhorce, to prevent situations of vulnerability, overload and complicated grief that affect the quality of life of both the patient and the caregiver. In addition to promoting the use of new technologies among caregivers and providing a virtual psychological helpline to help minimise the difficulties faced in some rural areas.

The self-care workshop 'Mindfulness and self-compassion' will be face-to-face, although users who request it will be able to take it online. The enrichment and group work of the participants will be valued. Afterwards, caregivers will receive e-learning training, which will be complemented with self-help videos and practical advice to facilitate their task.

According to Cudeca, the current situation, after a pandemic and post-pandemic, has been altered, especially in inland areas. For this reason, it is necessary to set up lines of support for the most vulnerable people, based on creativity and innovation, looking for ways to offer coverage through non-presence. It is estimated that around one hundred carers in the Guadalhorce region will be able to benefit from this project, with a large number of women taking part.

The deputy emphasised that the Foundation has been responsible for providing care for people with advanced and terminal illnesses for three decades, and stressed the importance of specialised training in this area. He also recalled the support of the Provincial Council to Cudeca, which is materialised in various collaborations and actions such as the creation of the 'Joan Hunt' awards, an award which every year will pay tribute to the founder of the foundation and which will recognise the important contribution of the foreign population to the progress and social, economic and cultural development of the province.

This project is financed with 20,000 euros, thanks to the annual call for aid from the Diputación de Málaga aimed at third sector entities for the implementation of projects to assist citizens.