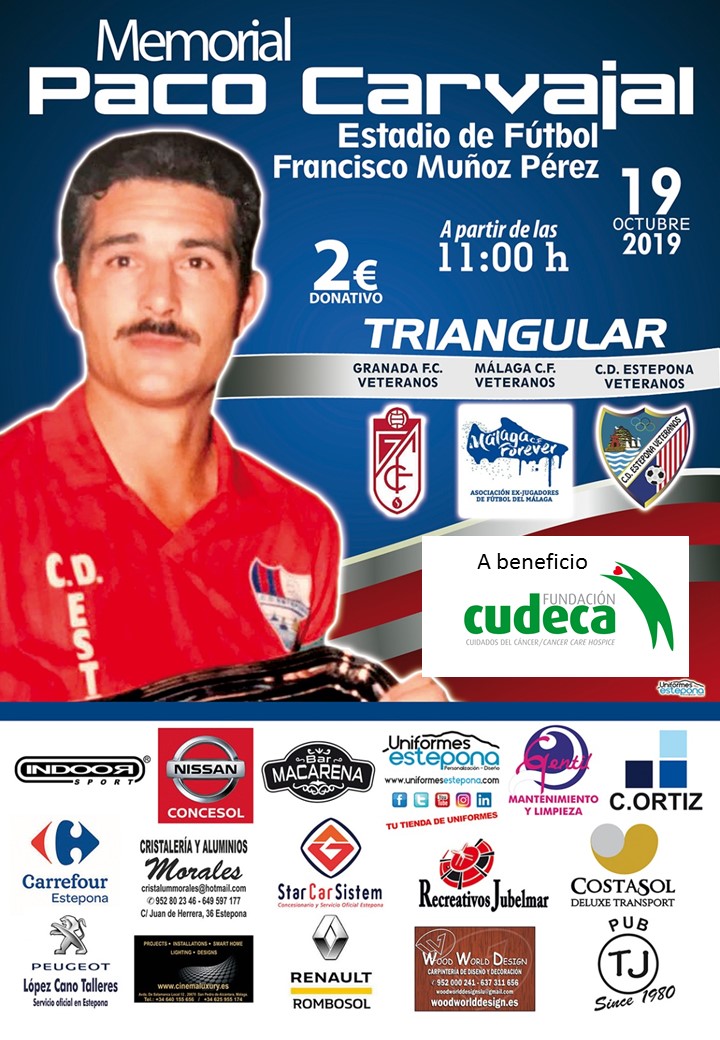 On Saturday 19 October from 11.00am for the fourth consecutive year the Paco Carvajal Memorial at the Francisco Muñoz Perez Football Stadium in Estepona to will be held to help the Cudeca Cancer Care Hospice. In this fourth edition of the Paco Carvajal Memorial, a friendly triangular will be held between Granada F.C de Veteranos, Málaga C.F. Veteranos and C.D. Estepona Veteranos joining forces and enthusiasm to share with their fans this memorial for the figure of the beloved Paco Carvajal, emblematic figure of Estepona and its football ways. The charity ticket will be 2€ per person entirely destined to CUDECA. At the end, a commemorative and honorary frame will be presented to the family and an aperitif will be served among all organizers, teams and families.