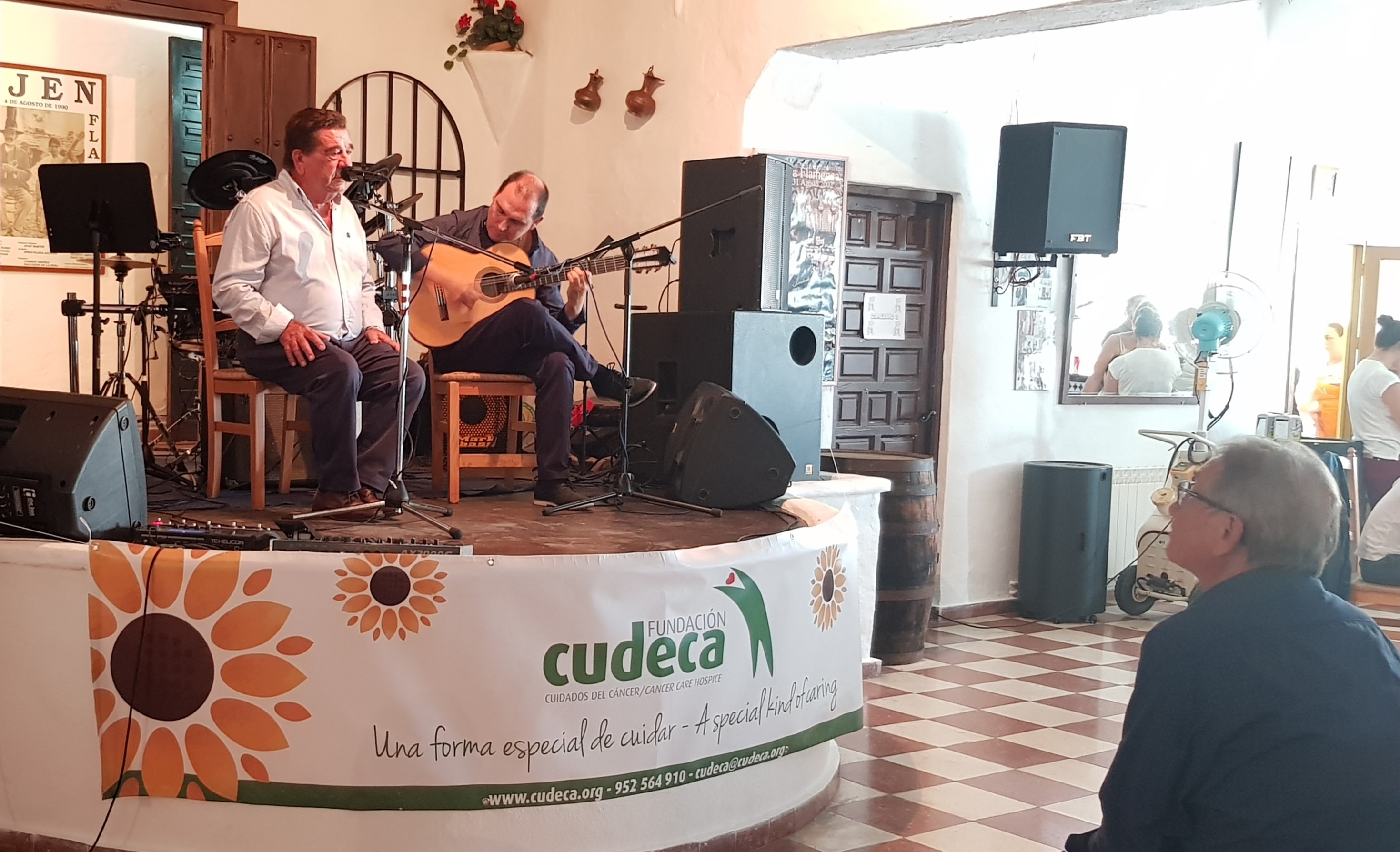 On the 8th of  October took place the delivery of the funds raised at the  Third Ojen Charity Festival Edition in aid of Cudeca Cancer Care Hospice, celebrated on the 21st of September at the “Peña Flamenca” of the village. The act took place at Ojen´s Town Hall where the Maire, José  Antonio Gómez, delivered to CUDECA a cheque worth 6.847€. The Third Ojen Charity Festival, the second celebrated in aid of Cudeca, gathered around twenty artists from different music backgrounds who performed altruistically, to entertaint the attendants for more than 12 hours of fun and leisure with a charitable aim. Equally important more than fifteen neighbours worked for several days to be able to organise this event. The Festival,which intends to be a sample of Ojen´s generosity, had the aim of raising awareness about the importance of Cudeca´s specialised and free care, as well as raising funds which will allow Cudeca to continue helping people with cancer and other advanced illnesses in the province of Málaga. To the funds raised at the Third Ojen Charity Festival -from the charity Bar, Raffle and entrance tickets -has been added the contribution from “La Peña Flamenca La Churruca” opening season Bar proceeds. Cudeca would like to thank Ojen´s people for their solidarity and to all the people who has collaborated in a completely altruistic manner with their time and commitment, both artists and volunteers from Associations such as Mujeres Jazmin Association and San Dionisio Association. Without their commitment and the Town Hall´s organisation, this Festival would not have been posible.