Donation of the FGUMA Festival 2019 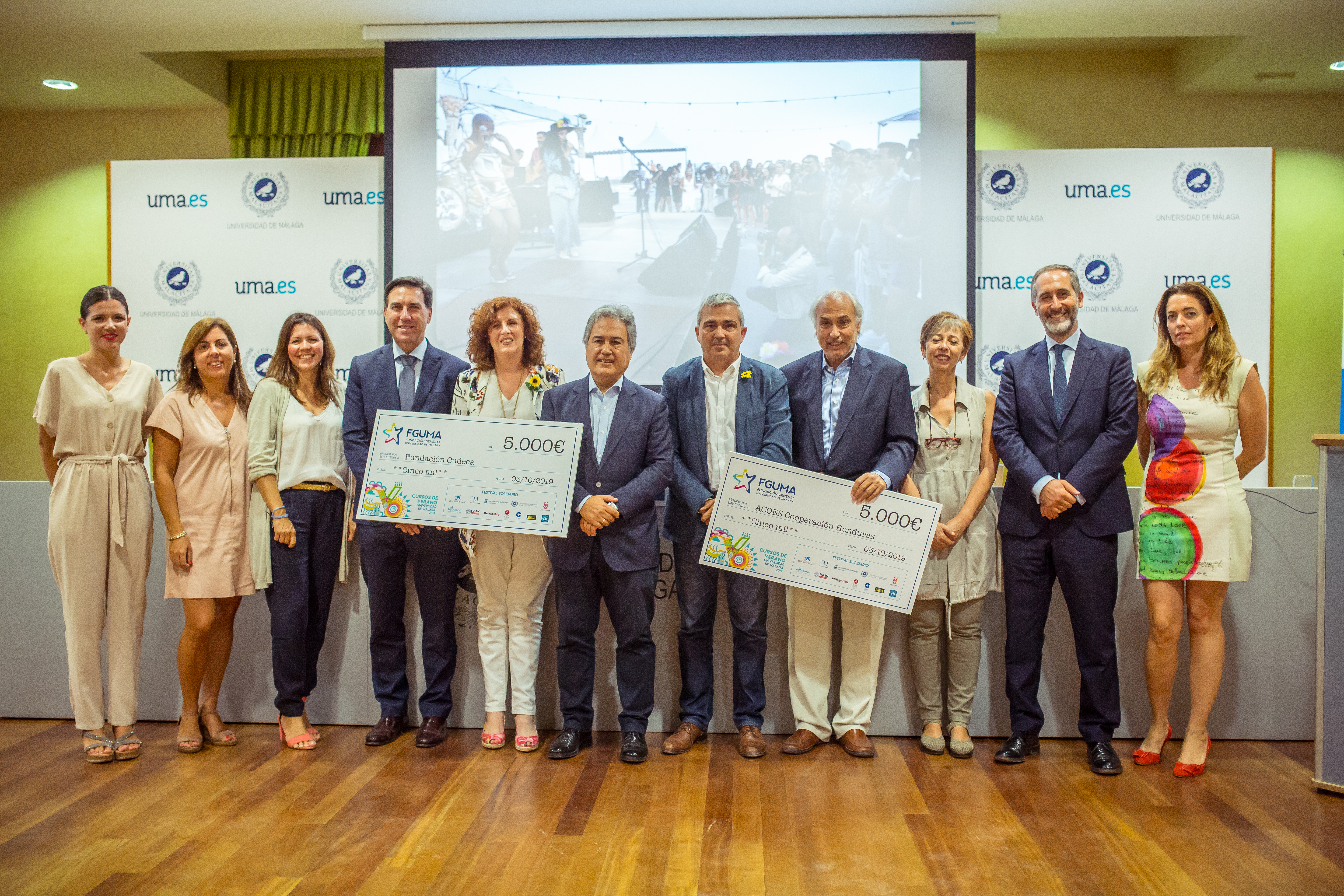 On October 3 the University of Malaga and the General Foundation of the University of Malaga (FGUMA) gave us along with El Balneario the proceeds of the Charity Festival held on July 18 at "El Banerario" in aid of CUDECA Hospice and ACOES. The amount was collected in the charity activities organized in the framework of the Summer Courses 2019. The University of Malaga & FGUMA has held  two events in which a total of 17,500 euros have been delivered to five non-profit associations. This amount was raised with two performances of the chirigota "del Selu" in Velez-Malaga and a charity festival held at the Balneario de los Baños del Carmen in Malaga, where they performed Free Soul Band, Julia Martin and Los Mestizzos Dj Set. These cultural activities were framed in the Summer Courses of the UMA, held last July. To the Cudeca Hospice, and ACOES Honduras Association, have been the beneficiaries of 5,000 euros each for the charity festival held at El Balneario - Baños del Carmen. The event was attended by around a thousand people. We thank the FGUMA and El Balneario for their support and the collaboration of Malaga Town Hall, La Caixa Foundation, University of Málaga, Control Remoto, as well as the artists, our volunteers and the attending public.