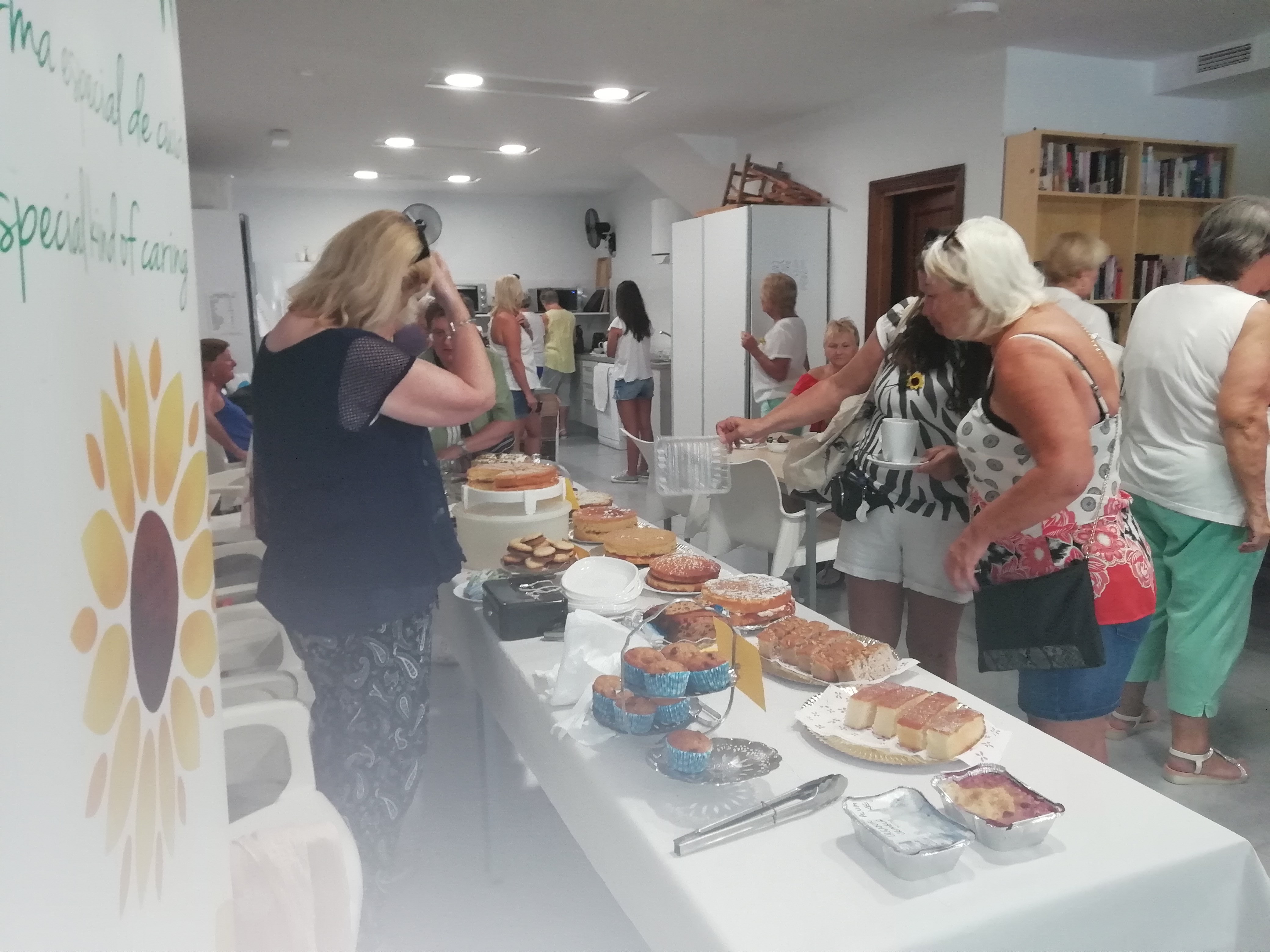 On Saturday 7th September the “Asociación de Vecinos y Amigos de Casares” celebrated a Charity Coffee Morning at the Association´s Club in Sabinillas in aid of CUDECA Cancer Care Hospice. During this Charity Morning event, where the community was invited to collaborate donating a cake with the aim to raise funds for CUDECA, there was also the celebration of a charity tombola and Raffle which contributed to increase the amount raised to 1.114€ . All of this was possible thanks to the participation and support of the community that attended the event. Thus, the Association fullfilled its main goal which was to support CUDECA Cancer Care Hospice helping them to continue offering their care to those who need them through the philosophy of palliative care from which they give their special kind of caring,completely free of charge. CUDECA Hospice would like to thank all the members of the “ Asociación de vecinos y amigos de Casares” and especially, Rita Devonshire, for the great effort, dedication and enthusiasm put into the organization of this successful Coffee Morning.