Joan Hunt OBE, pioneer of palliative care in Spain and founder of Cudeca, the country's first hospice, who died on June 24th aged 92

Saying goodbye is never easy, but in a way Joan Hunt made it easier for us through the legacy she left: Cudeca, the first and to date the only hospice in Spain, which currently looks after 1,600 patients and their families every year, offering them what Joan always called a "special kind of caring”.

Joan was a visionary. She had retired with her husband to the Costa del Sol and a few years later, in 1991, Fred died of cancer in Málaga. He was admitted towards the end to the newly created Palliative Care Unit in the Red Cross hospital. Joan felt that the end-of-life care facilities were far from ideal. Instead of sinking into a quiet widowhood, she determined to build the first hospice in Spain. Against all the odds, with only a rudimentary knowledge of Spanish and few contacts to call on, she started fundraising and building up a team of professionals to visit cancer patients in their homes. In 2003 the Day Care centre at the beautiful hospice in Benalmádena opened just as she had envisioned it, with an In-Patient unit following in 2005. Cudeca now also has seven home care teams.

Her previous experience was undoubtedly an asset. From a difficult childhood including long periods in hospital she had gone to work as an office tea-maker, rising to become Personnel Manager in a multinational company with thousands of workers at a time when few British women held executive positions. Intelligent, hard-working and compassionate, she knew the importance of surrounding herself with others who shared her high values and standards. 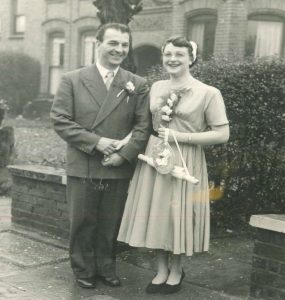 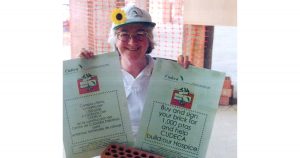 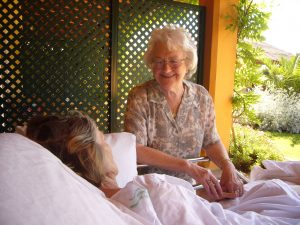 Joan exemplified the power of will, setting a constant example of social, ethical and intellectual commitment. She believed absolutely in the power of the collective, of the community.
Through her warm personality and her own strength of conviction she inspired hundreds of volunteers, she built bridges throughout society. To ordinary citizens. To public and private institutions. She demonstrated with deeds what it means to trust others, to believe in people and to make them responsible for the care of their most fragile members. All this in order to achieve a fairer society committed to end-of-life care. She was not content to bring her vision only to southern Spain: she lived to see Málaga University offer courses in Palliative Care under the auspices of Cudeca, and the building of what will shortly open as sthe-“Yusuf Hamied Centre for Training and Research”.

Joan was selfless, and only ever wanted to be in the limelight if it would help her project. At the end of her life she left instructions for those closest to her, asking that rather than flowers, mourners should send donations to Cudeca “to provide care, support and company for those who need us most”. She also wrote: “Take care of Cudeca. l have faith in you: ensure that my legacy goes on giving life to the days of patients and their families.”

Only those who feel the value of life are capable of dedicating it to caring for the lives of others. And Joan's vision made reality is ¡itself a beautiful tribute to life.