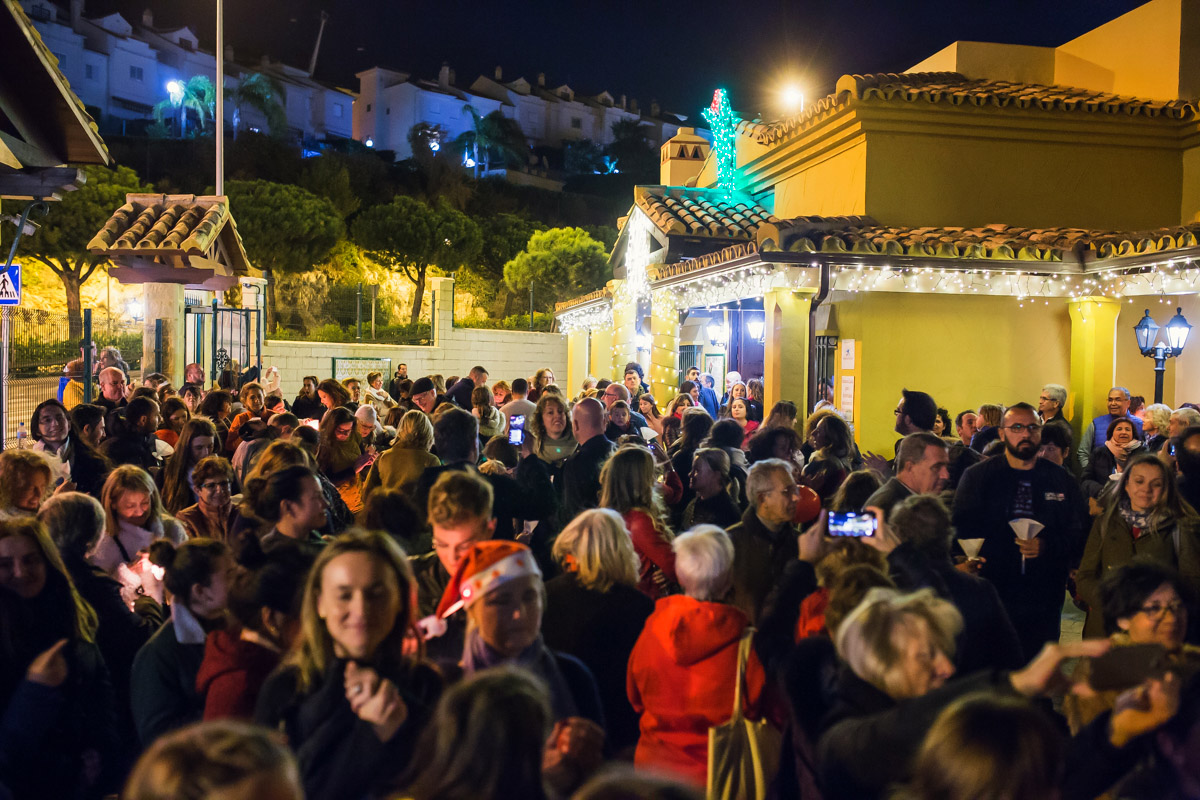 On Friday 13th December, we held the traditional Christmas celebration "Light a Light" in memory of loved ones at our Hospice Palliative Care Centre in Benalmádena.

The event commenced with a performance by the Sunny View School students' choir, followed by the school principal, Mr. Pettis, who presented Cudeca's Care Manager, Rafael Gómez, with a cheque of €650 raised in the "Jumper Day" event.

This was followed by the Costa Soul Singers choir while the younger ones enjoyed the Magic Mota's performance and Santa Claus' visit.

Following the performances, Joan Hunt together with the Charity Shops Manager, Daniel Beaudet, handed out diplomas to the volunteers of the Crafts Workshop who began last year to create Christmas articles with recycled elements and which has been received very well.

At 8 pm the lights of the Cudeca Centre were turned on by Joan Hunt OBE, Founder and Honorary President; together with Marisa Martín, Chief Executive and Medical Director; Yusuf Hamied, President of the Yusuf & Farida Foundation; and Alicia Laddaga, Health Councillor of the Benalmádena Town Hall. The lighting-up was accompanied by more than 250 attendees who carried their charity candles, and with tenor Rodrigo Orrego’s rendering of "Silent Night”.

After the lights went on, the event continued with a raffle with great prizes donated by companies, and everyone enjoyed Christmas food donated by a group of volunteers.

If you have not been able to attend, but would like to write a dedication of a loved one, you can do so at the Cudeca Centre in Benalmádena or at any of the charity shops, as well as on the website www.lightupcudeca.org. All dedications will be recorded in the "Light a Light" book, which will be printed and exhibited at the Cudeca Centre.

All funds raised will be used to continue caring for people suffering from cancer or other illnesses.

Cudeca Hospice would like to thank the attendance of more than 250 people; the charity performances of the choirs "Students of Sunny View School", "Costa Soul Singers", the tenor Rodrigo Orrego, Magic Mota; the collaboration of Benalmádena Town Hall and collaborating companies; as well as the support of volunteers.