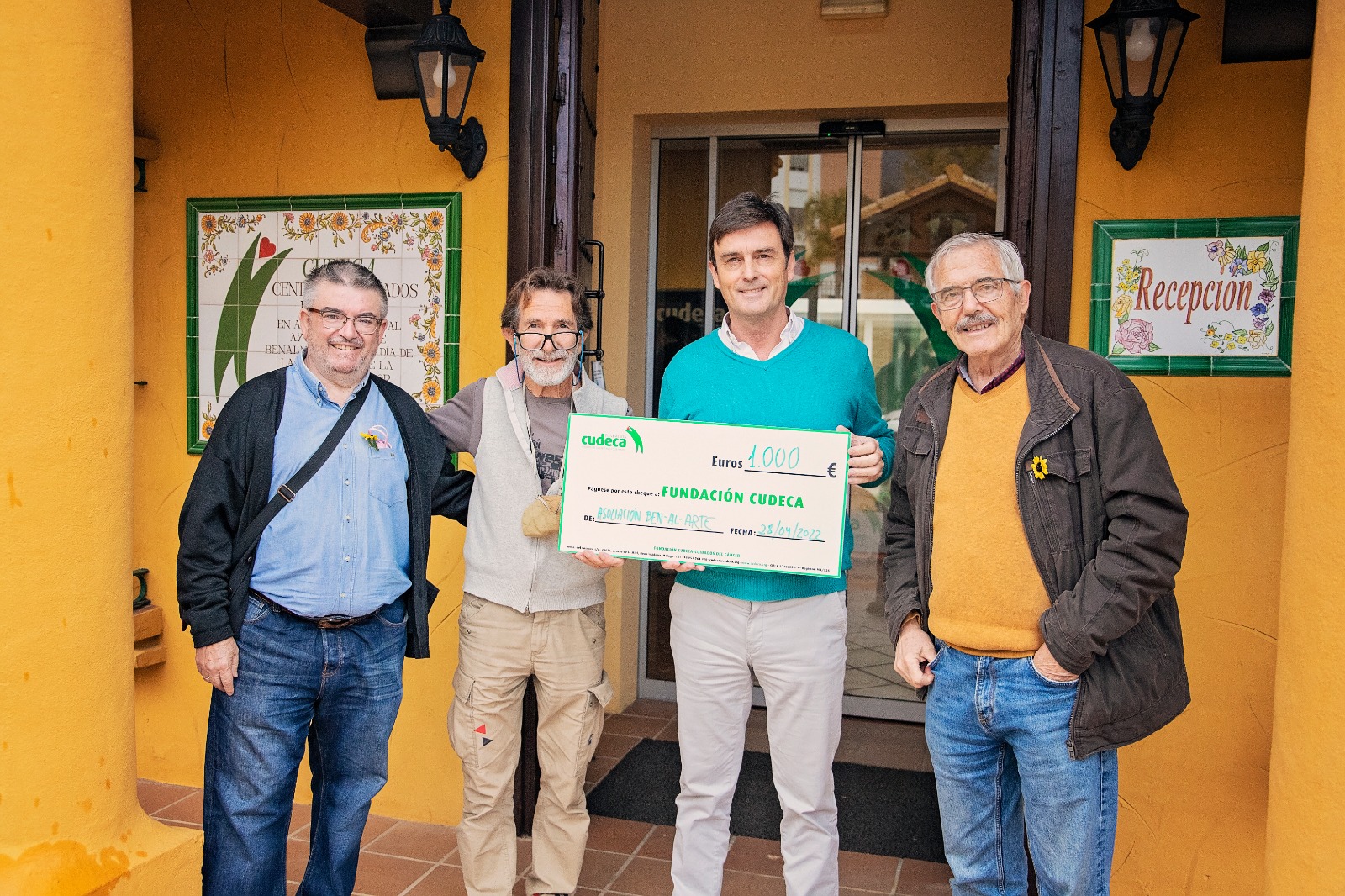 Benalmadena Association donates 1,000 euros to Cudeca Foundation   Emilia García, a Cudeca volunteer and member of the Benalmadena Ben-Al-Arte Association called us last week to tell us that the Cultural Association wanted to make a donation of 1,000 euros, the funds were raised from the raffle of a picture painted by one of the members, the painter Pablo Rodríguez Guy, who made the painting in a performance and the sale of tickets reached that amount.   Today they visited us to get to know the Foundation and handed over the amount raised.   The presentation was attended by the president of the Association José Manuel Portero, the secretary of the Association José Luis Molina and the painter himself. José Luis Molina and the painter himself; on behalf of Cudeca, Rafael Olalla, assistant manager and financial director, and Jorge López from the fundraising and communication department.   They also told us that many of the Association's members also collaborate as volunteers for the Cudeca Foundation along with Emilia, such as Yolanda Hurtado, Pepa Roelas and many more, and they also want to continue supporting us on future occasions.   The Foundation is grateful for the donation and the solidarity of the Ben-Al-Arte Association with Cudeca.